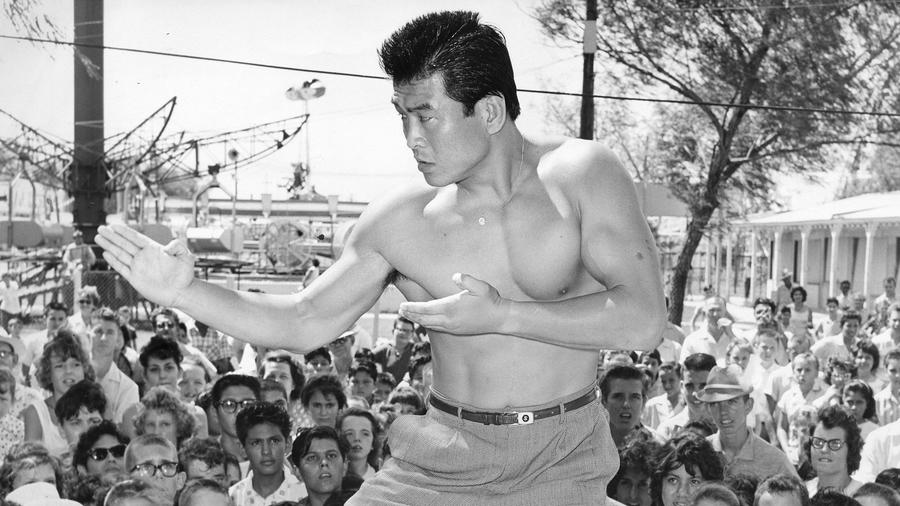 Whether thrashing opponents in his native Japan, Mexico, Peru or stateside, Hiro Matsuda never took long to establish a reputation as a no-nonsense technician, and the deadly serious grappler was globally renowned for his wars against Dusty Rhodes, Danny Hodge and Johnny Weaver, as well as his partnership with his close friend and WWE Hall of Famer Antonio Inoki.

Among his seemingly never-ending list of accolades, “The Master of the Japanese Sleeper” made history when he became the first Japanese competitor to win a National Wrestling Alliance singles title (the Junior Heavyweight Championship in 1964), though that was just the tip of the iceberg for Matsuda. The mat maven went on to become a four-time NWA Southern Heavyweight Champion, enjoyed a second reign with the Junior Heavyweight Title and became an 11-time holder of various NWA Tag Team Championships.

Whether opposing him in the squared circle or braving the harrowing confines of his wrestling school, almost everyone who crossed paths with “The Master of the Japanese Sleeper” feared and respected him.

Away from in-ring competition, Matsuda left his indelible mark on sports-entertainment as a tough-love trainer, putting some of the biggest stars in WWE history through grueling training regimens and refusing to let them enter his ring until they had completed 1,000 pushups and 1,000 squats. Hulk Hogan, The Great Muta, “Mr. Wonderful” Paul Orndorff, “Cowboy” Bob Orton, Lex Luger, Scott Hall and Ron Simmons all endured Matsuda’s merciless teachings prior to becoming household names.

The Master of the Japanese Sleeper” will forever be immortalized when he takes his place as a WWE Legacy Inductee for the WWE Hall of Fame Class of 2018.