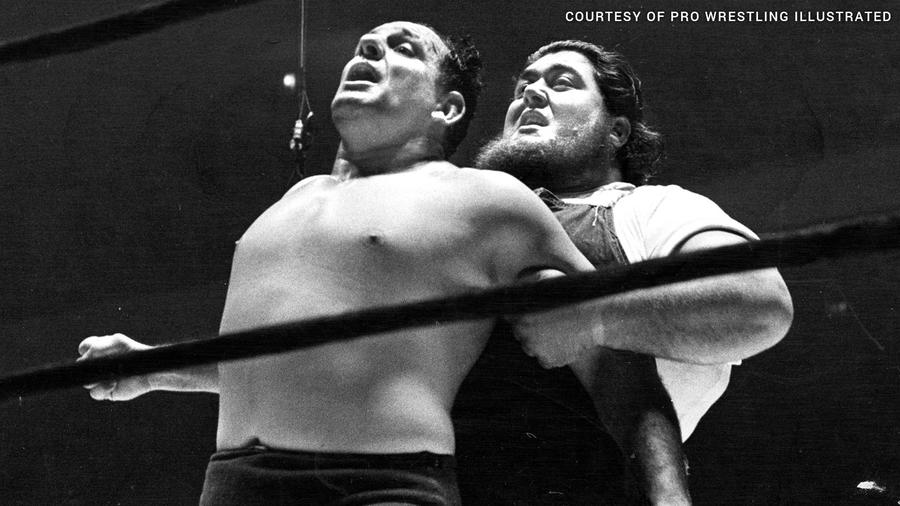 Haystacks Calhoun, one of the squared circle’s first true giants, has now taken his place among wrestling’s greats in the WWE Hall of Fame.

Hailing from Morgan’s Corner, Ark., the 600-pound titan emerged as an early favorite in the golden age of wrestling. Clad in overalls and wearing a horseshoe around his neck, the good-natured country boy became a fan favorite everywhere he went, taking on multiple opponents at once and, more often than not, squashing them beneath his massive frame.

During his incredible career, Haystacks locked horns with legends like Bruno Sammartino and Buddy Rogers. He truly shined as a tag team competitor, forming incredible pairs with the likes of Bobo Brazil and Jack Brisco. However, Calhoun struck gold when he teamed up with young upstart Tony Garea. The duo, a perfect mix of speed and power, defeated the nefarious team of Mr. Fuji and Prof. Toru Tanaka to capture the World Tag Team Titles in 1973.

As the 1970s drew to a close, so did Calhoun’s career. Though he passed away in 1989, Haystacks Calhoun’s contributions to sports-entertainment will long be remembered. Because of that, he has been honored as a 2017 Legacy Inductee in the WWE Hall of Fame.