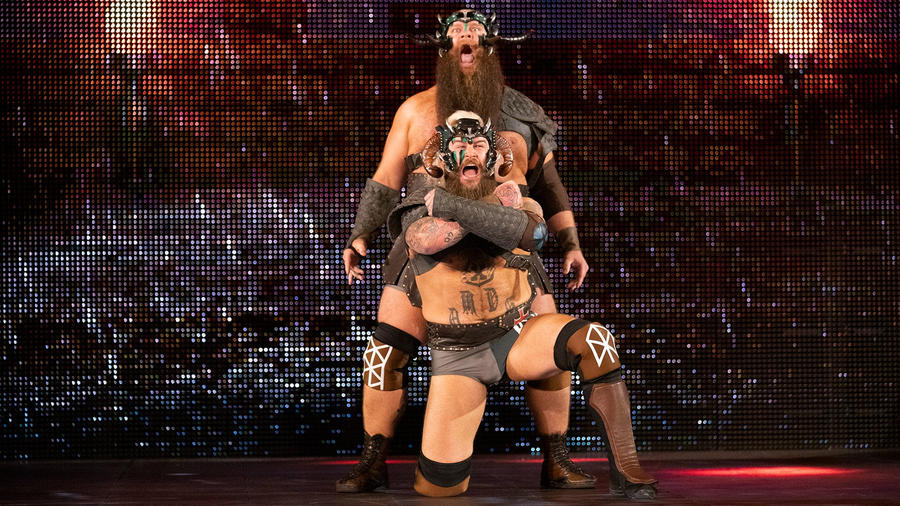 The Viking Raiders, Erik & Ivar, are bent on world domination.

Looking like warriors ready to plunder an unsuspecting village, Erik & Ivar possess an in-ring ferocity that matches their fearsome appearance. Erik boasts incredible power, the perfect complement to Ivar's surprising speed and agility. With years of experience teaming together, The Viking Raiders have also perfected their tag-team craft, resulting in one of WWE’s most well-honed tandem arsenals.

Prior to WWE, the powerful alliance decimated tag team competition around the globe, from the U.K. to Japan. In early 2018, the bruising brawlers ran roughshod through the  NXT Tag Team division before bringing the raid to Raw, going undefeated for several months and capturing the Raw Tag Team Titles by thoroughly thrashing Dolph Ziggler & Robert Roode.

A hilarious “anything you can do, I can do better” series of competitions with The Street Profits in the wake of WrestleMania 36 allowed Erik & Ivar to flex all-new muscles on the red brand, showing proficiency in basketball, axe-throwing and even bowling.

Despite showing a more humorous side during these unusual jousts, however, there’s no laughing when you’re standing across the ring from these hulking marauders, especially now that they're on SmackDown as a result of the 2021 WWE Draft.

When the raid is on, you have two choices: join it, or get out of the way.