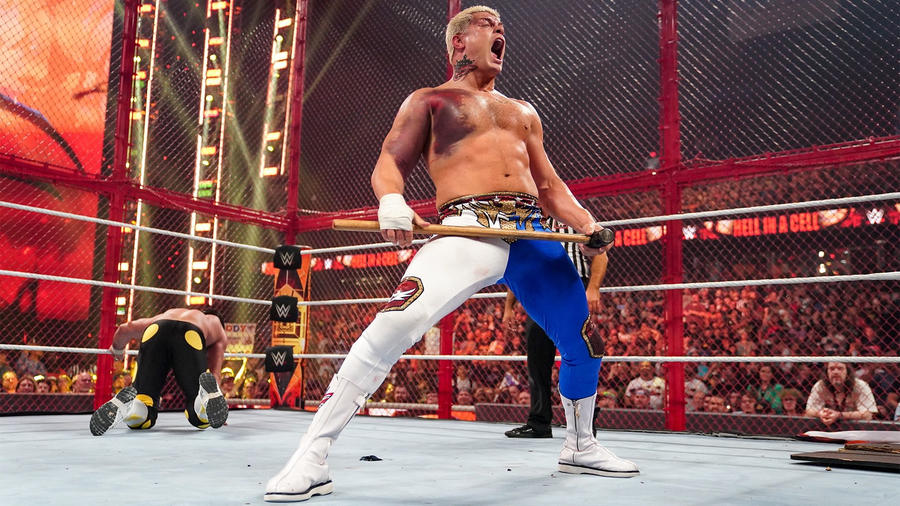 Son of the late WWE Hall of Famer Dusty Rhodes, the highly proficient Cody Rhodes made his mark in WWE from 2007 to 2016 by capturing two Intercontinental Championships and six Tag Team Championships. Although he was some times "dashing," Rhodes was far more than a pretty face.

Boasting a dangerous arsenal and a tremendous knowledge of the squared circle, Rhodes battled everyone from Randy Orton to The Miz to Rey Mysterio and so many more.

After departing from WWE to explore other opportunities, The American Nightmare returned at WrestleMania 38 as Seth "Freakin" Rollins' surprise opponent — handpicked by WWE Chairman Mr. McMahon.

Rhodes followed up with this by defeating Rollins yet again at WrestleMania Backlash before competing with a torn pectoral muscle in a Hell in a Cell match at WWE Hell in a Cell, once again defeating The Visionary in a gutsy performance that gained the adoration of the WWE Universe worldwide.

Cody Rhodes is back and that's undeniable. He proved that point beyond a doubt when he heroically returned for injury to win the Men's Royal Rumble Match in 2023.