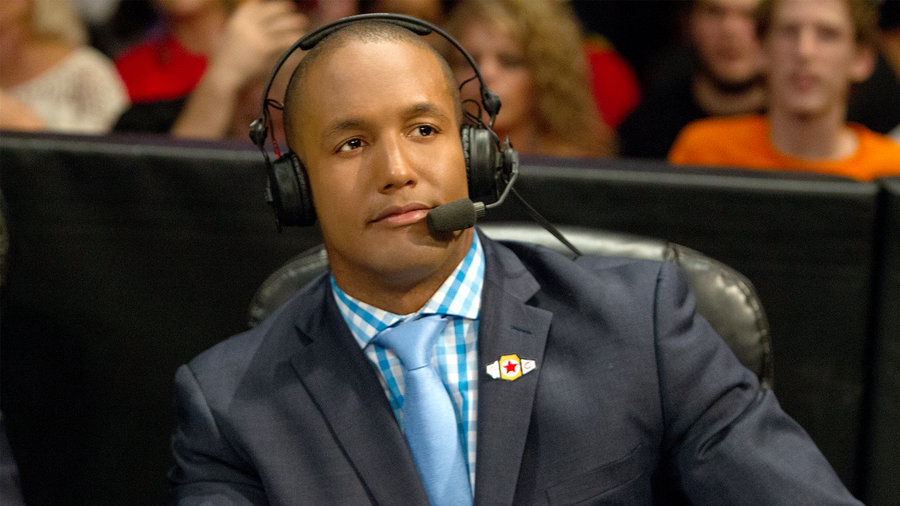 From in-ring competitor to color commentator, Byron Saxton has done it all in WWE.

After receiving a bachelor's degree from the University of Florida, Saxton worked as a reporter and anchor for WJXT Channel 4 News in Jacksonville, Fla. This on-camera experience proved to be very useful as he began his career in the ring, which was preceded by a stint as an ECW announcer.

A rookie rooted in both the fourth and fifth seasons of NXT, Saxton worked with NXT Pros like Dolph Ziggler and Yoshi Tatsu. Byron honed his skills under some of the brightest stars in the WWE Universe, and now, this charismatic and camera-friendly Superstar uses his diverse abilities to make a lasting impression in WWE as a dynamic color commentator.