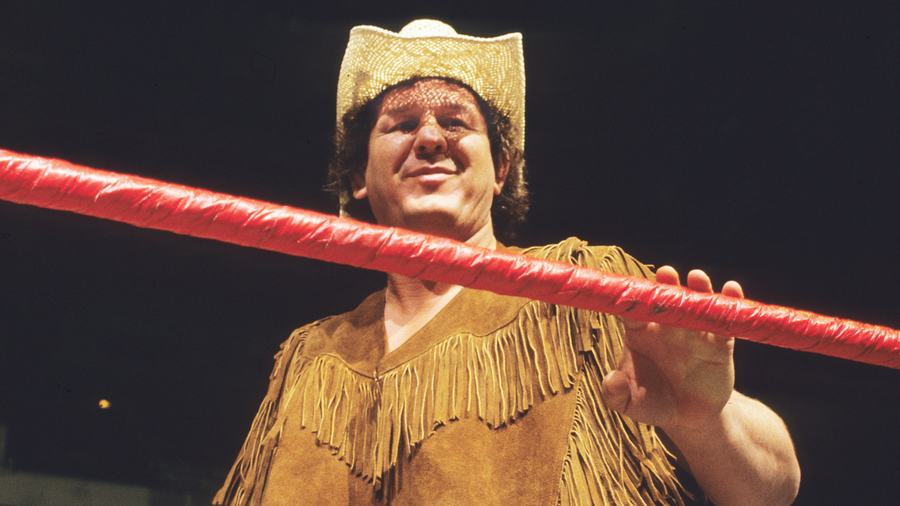 "Cowboy" Bob Orton Jr. wasn't an active participant in the main event of the original WrestleMania. Orton was simply in the corner of "Rowdy" Roddy Piper and "Mr. Wonderful" Paul Orndorff. But no one played a bigger role in the match's outcome than Orton. The second generation Superstar attempted to wallop Mr. T to help Piper and Orndorff get the win, but he missed and hit Orndorff instead, leading to Hulk Hogan and Mr. T picking up the first main event win in WrestleMania history.

Orton, whose son Randy Orton is currently establishing his own legendary career in WWE, turned the simple plaster cast into one of the most deadly foreign objects in WWE history. Orton, who injured his arm during the mid 1980s, was forced to wear a cast to help his arm heal. But unlike most people who have their cast removed after a period of a few months or so, Orton milked the injury and wore the cast for a few years! Orton convinced officials that the cast was needed to help his arm heal, and every chance he got, he used it as a weapon to lay out his opponents.

Orton is probably best known for his time as one of Piper's closest allies. Not only did he stand in the corner of Piper at the first WrestleMania, he was also Hot Rod's corner man for his boxing match against Mr. T at WrestleMania 2. But once Piper became a fan favorite, Orton just couldn't bring himself to follow. Instead, he swore his allegiance to "Adorable" Adrian Adonis and traded in his classic style cowboy hat for a more flamboyant pink one.

Orton also formed an imposing tag team with Hall of Famer Don Muraco, and the tandem opened WrestleMania III from the Pontiac Silverdome. The duo squared off against the Can-Am Connection and helped get the record-breaking crowd into a frenzy, even though they came up short in the match.

Ace, as he later came to be known, was also one of the first Superstars to utilize the ropes for his finishing maneuver. Although it's done with a lot more frequency today, Orton was one of the first wrestlers to use the Superplex as his finishing maneuver. It was very uncommon to see the Superstars of Orton's day go to the ropes to finish off an opponent, making the maneuver one of the most deadly of his era. With his son Randy now carrying the torch for the Orton family, he can only hope to achieve the same legendary status of his father, a WWE Hall of Famer.