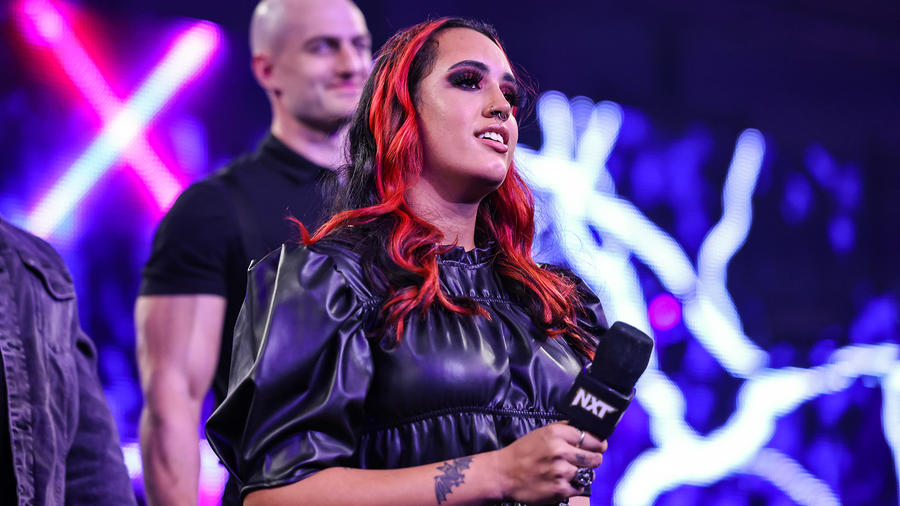 For weeks, a mysterious person dressed in a red hoodie and wearing a yellow mask was seen wandering the halls of the WWE Performance Center and shadowing The Schism’s path.

On the Oct. 25 edition of NXT, this mysterious person was revealed to be none other than Ava Raine, The Schism’s fourth member.

Alongside leader Joe Gacy as well as The Dyad (Rip Fowler and Jagger Reid), Raine has already shown she's willing to do what it takes to grow The Schism into the most powerful force in NXT. Four roots, one tree.