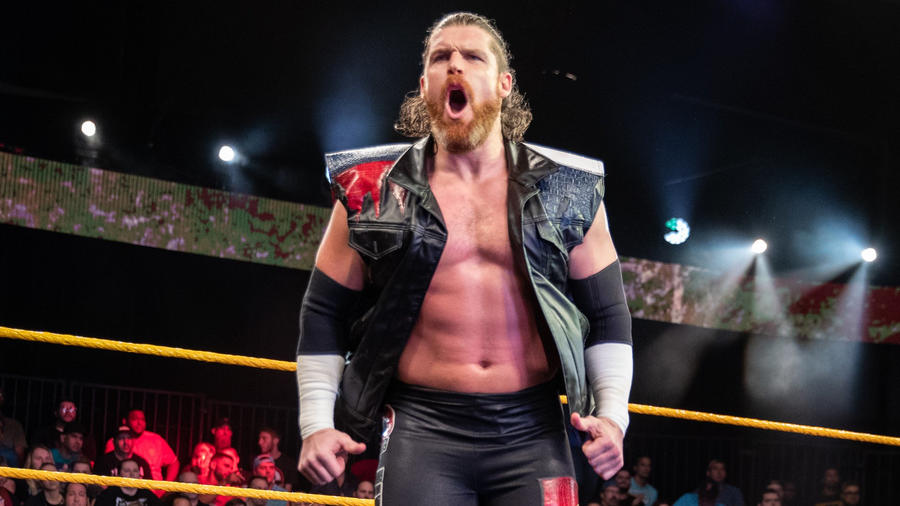 Steve Cutler thrived under high-pressure conditions that most men shy away from. As a member of the U.S. Marine Corps, Cutler served two tours of duty in Afghanistan before returning home and pursuing sports-entertainment.

He broke in at the world-famous Monster Factory wrestling school — the same training ground that produced WWE Legends like Bam Bam Bigelow and King Kong Bundy — and was soon recruited into the WWE Performance Center in January 2014.

His grit and ferocity immediately put him on the radar as a Superstar to be reckoned with, but Cutler grew disillusioned by the lack of opportunities that came his way. Staying true to the USMC motto to improvise, adapt and overcome, Cutler finally decided that he had to force NXT’s powers-that-be to take notice. Alongside Wesley Blake & Jaxson Ryker, two like-minded scrappers who similarly yearned for a brighter spotlight in the black-and-yellow brand, he formed The Forgotten Sons.

Together, the three brawlers — each feared for their rough-and-tumble ways — made sure no one overlooked them. Cutler and The Forgotten Sons strengthened their cause with an emphatic win over Lucha House Party when they made their blue brand debut on the SmackDown after WrestleMania 36.