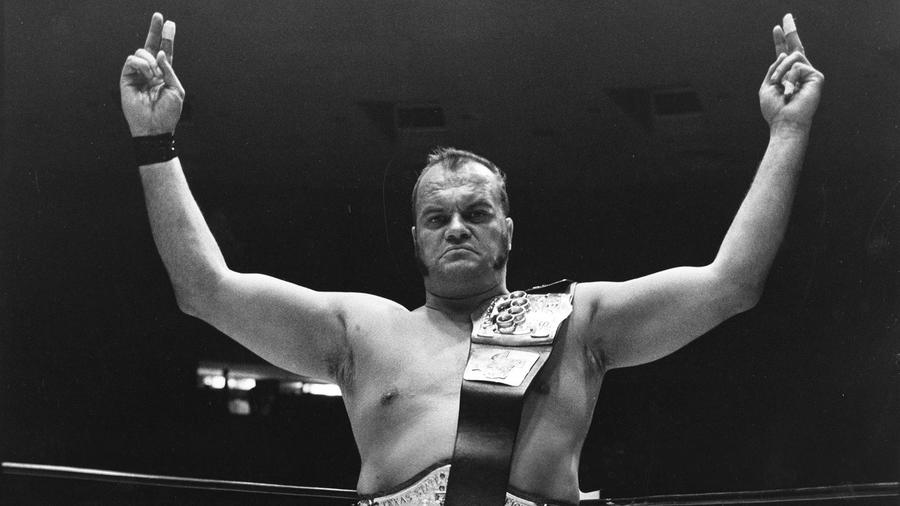 Once the ever-menacing Stan Stasiak had you in his clutches, there was virtually no chance of escape.

Aptly nicknamed “Crusher” early in his career, Stasiak remorselessly squeezed the life out of his opponents with one of the most feared Bear Hugs in sports-entertainment history. Whenever he opted to win matches via pinfall, the Quebec native would wind back and unload with a mighty chest-caving Heart Punch that sent opponents helplessly crumbling to the canvas.

Stan “The Man,” who competed in WWE from 1971-79, earned the greatest triumph of his career in 1973 when he ended the nearly three-year WWE Title reign of the legendary Pedro Morales in front of a shell-shocked Philadelphia crowd.

Throughout his career in WWE and NWA, the snarling Stasiak won countless championships and infuriated sports-entertainment fans far and wide while tangling with the likes of Superstar Billy Graham, Johnny Valentine, Nick Bockwinkel, Jack Brisco and Terry Funk and teaming with sports-entertainment icon “Rowdy” Roddy Piper. In addition to winning the WWE Title, Stasiak was also a three-time NWA Canadian Heavyweight Champion and a six-time NWA Pacific Northwest Heavyweight Champion.

Stasiak’s son, Shawn, also spent time in WWE. The WWE Universe knows Shawn as a hard-nosed brawler from WWE’s acclaimed Attitude Era, when he briefly competed as “Meat” before opting to be called “Shawn Stasiak” and becoming a 15-time Hardcore Champion. Shawn also teamed with Chuck Palumbo to capture a trio of WCW Tag Team Titles.

In an incredible career, Stan Stasiak lived out a dream by becoming just the fifth man to ever hold the WWE Championship while delighting in antagonizing the WWE Universe as “The Man” they loved to hate. He now takes his rightful place as a WWE Hall of Fame Legacy Inductee for the Class of 2018.