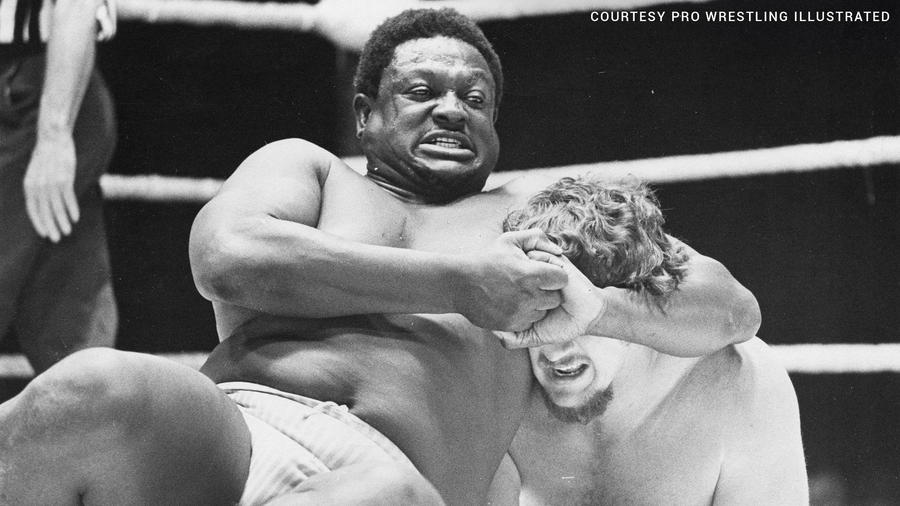 A staple of the National Wrestling Alliance’s Central and Mid-Atlantic regional promotions in the 1970s and 1980s, Jones believed he was the toughest man to ever step foot in a ring, and he wasn’t shy about touting that notion to fans and opponents alike.

Jones, who claimed that his middle initial, R, stood for “guts,” won the respect and admiration of the fans with a hard-nosed wrestling style, gradually softening his opponents before leaving them flat on their back with the strike of his devastating Freight Train maneuver (two shoulder blocks followed by a wicked headbutt).

During his time as a top Superstar with the NWA, Jones twice captured the NWA Central States Heavyweight Championship, won the NWA Mid-Atlantic Heavyweight Title, and enjoyed 10 tenures as a tag team champion (with nine different partners).

Prior to his time in the ring, Jones was already a decorated athlete, having played for the South Carolina State University football team and amassing a record of 32-3 as a Golden Gloves boxer.

The WWE Universe is also quite familiar with Jones’ son, Slick, the boisterous manager of Superstars such as Nikolai Volkoff, The Iron Sheik, Akeem, The Big Boss Man, The Bolsheviks, Rick Martel, King Kong Bundy, Kamala and more.

Without a doubt, “Freight Train” will be forever enshrined in WWE lore as a member of the Legacy WWE Hall of Fame Class of 2018.