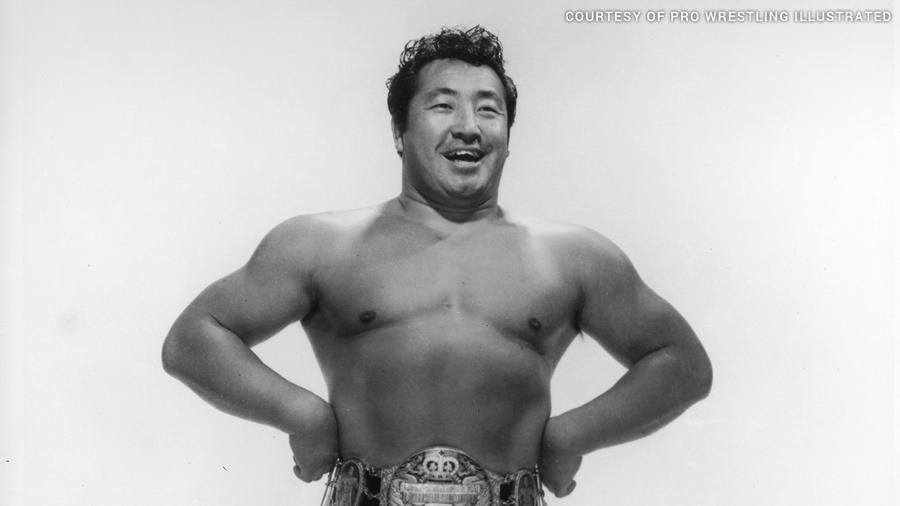 Originally a sumo, Rikidōzan ascended to become one of the most iconic grapplers in Japanese wrestling history. Known for his signature karate chop, Rikidōzan is often credited as being one of the primary influences of professional wrestling gaining prominence in the Land of The Rising Sun.

He first acquired attention as a pro in Japan by defeating a myriad of American talent, one after another. He parlayed that notoriety by defeating the legendary Lou Thesz for the NWA International Heavyweight Championship in 1958. Rikidōzan also famously rivaled off against the likes of “Classy” Freddie Blassie and The Destroyer.

In a testament to his long-lasting star power, two of Rikidōzan’s matches are among the 10 highest-rated television airings of all time in Japan. The first was his Oct. 6, 1957 contest against Lou Thesz for the NWA World Heavyweight Championship, which concluded in a draw. The second was his 2-out-of-3-Falls Match against The Destroyer, which drew the largest viewing audience in the history of Japan on May 24, 1963.

So, even though he is no longer with us, the legacy of Rikidōzan is undeniable, which is why it is only fitting that he now resides in the Legacy Wing of the WWE Hall of Fame.