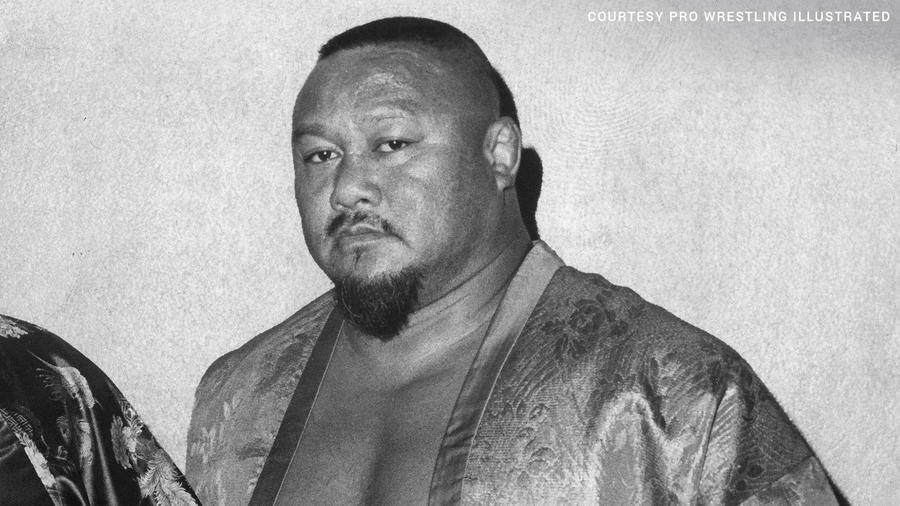 Born in Honolulu, Hawaii, Professor Toru Tanaka began competing in professional wrestling in 1967. A former Judo instructor, he used every bit of his knowledge of martial arts in the squared circle.

Competing as both a singles and tag team competitor, the no-nonsense Tanaka held many titles in his time, including four Tag Team Championships in what is now WWE, three of them with perhaps his most famous partner-in-crime, Mr. Fuji.

Once characterized as a “ring general, who’d lead everyone else in the match” by former manager, the late, great WWE Hall of Famer Freddie Blassie, Tanaka was always regarded as good-natured and professional, despite the fact that his in-ring persona was notorious for throwing salt into his adversaries’ eyes.

In addition to wrestling, Tanaka served in the United States Army for over 10 years, where he rose to the rank of sergeant and used his tremendous athletic ability in many ways, including as a professional boxer and as a college football player.

In addition to his in-ring career, Tanaka also made the jump to Hollywood, where he tended to play a slew of seemingly unstoppable henchman and acted in films alongside such action greats as Arnold Schwarzenegger, Chuck Norris and yes, even Pee-wee Herman. He even appeared in the David Lee Roth music video for “Just a Gigolo” in the 1980s.