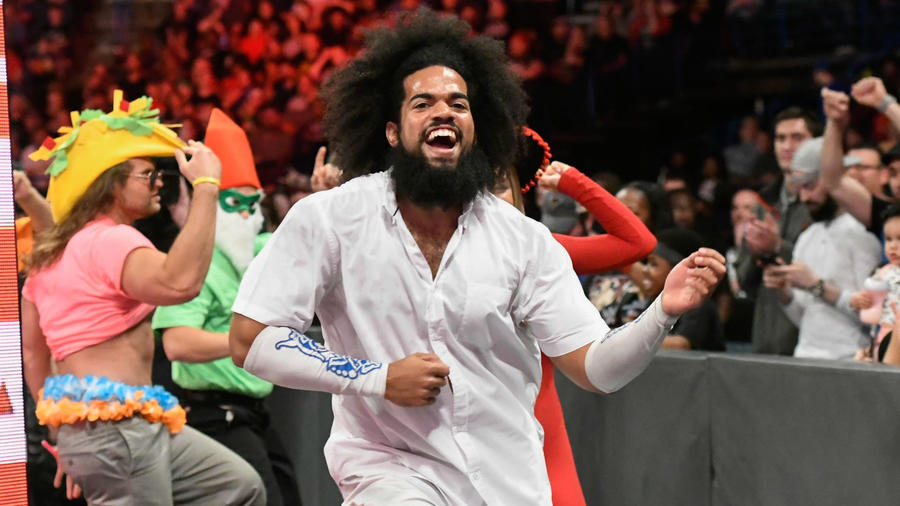 The life of the party is here, and his name is No Way Jose.

The NXT roster wasn’t quite sure what to make of the Dominican dancer as he boogied down the aisle for his first foray in the squared circle. Jose quickly demonstrated that even though wrestling isn’t ballet, knowing a few dance moves can come in handy once the bell rings, as he sashayed his way out of a few sticky situations, forcing his opponent into an impromptu tango.

As light as he is on his feet, No Way Jose also possesses a pair of heavy hands. The fleet-footed grappler won’t shy away from clubbing his foes with a home-run swing of a double axe handle or dropping them where they stand with a devastating right hand to pick up the three-count and start the party once more.

Jose made his Monday Night Raw debut the night after WrestleMania 34 with a lightning-quick victory over a local competitor, followed by a celebratory conga line. If you’re wondering whether anyone will be able to stop the good times when Jose’s around, you can be sure that he will have only one answer for you: "No way!”