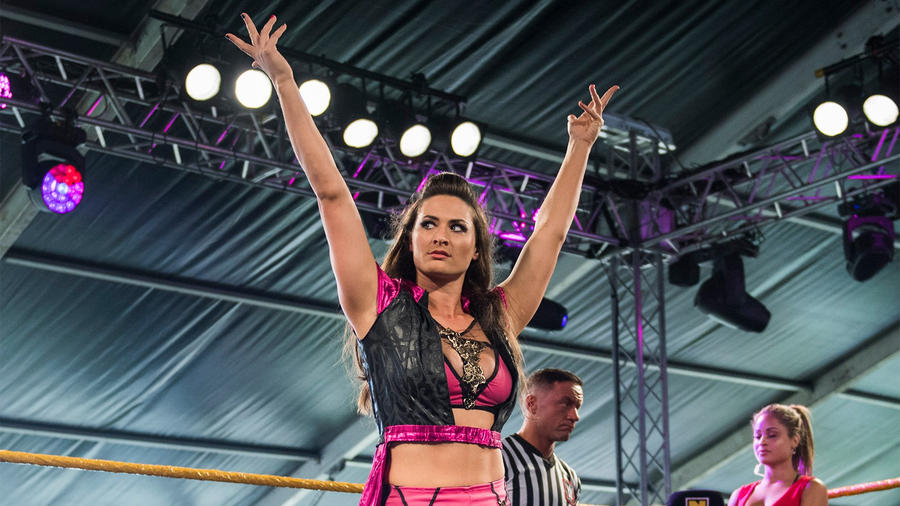 Looking for a star attraction inside NXT UK? Look no further than Nina Samuels.

Armed with an explosive arsenal that includes a Stalling Release Tiger Driver, a Tilt-a-Whirl Backbreaker and a Somersault Neckbreaker, as well as her dangerous finishing maneuver Hell to the Knee-Na, this powerhouse has made a name for herself competing all over the UK, as well as in Ireland, Spain, Portugal, Germany and France.

Now that she has come to NXT UK, she has set her sights on the NXT UK Women’s Championship.