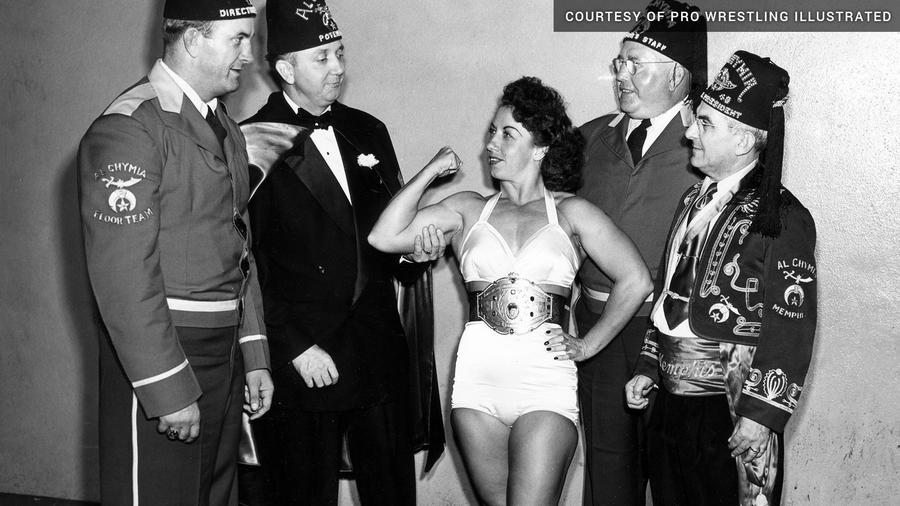 Highly-regarded as one of the toughest competitors to ever step in the ring, Mildred Burke fought her way into the history books and the WWE Hall of Fame.

An incredibly strong woman, Burke broke into the business in the early 1930s, taking on – and handily defeating – male competitors. Hundreds of men tried to pin down the feisty female, though few ever succeeded. Women didn’t fare much better; Burke captured the Women’s World Championship shortly after her debut, and she held onto it for two decades. Foes like Gladys “Kill ‘Em” Gillem and WWE Hall of Famer Mae Young tried to dethrone Burke but came up short every time.

Burke was also regarded as having an ideal physique in her heyday. It’s said that the Los Angeles Police Department once posted pictures of Burke around their offices to shame their out-of-shape cops back into the gym.

When she wasn’t dismantling her rivals in the ring, Burke made strides to ensure that women’s wrestling would continue long after her. She helped bring it to Japan during a tour in the 1950s and trained future grapplers throughout her career. Some of Burke’s students include WWE Hall of Famer The Fabulous Moolah and former WWE Women’s Champion Bertha Faye.

For her incredible contributions to furthering women’s wrestling, Mildred Burke was announced as one of the first-ever Legacy inductees into the WWE Hall of Fame.