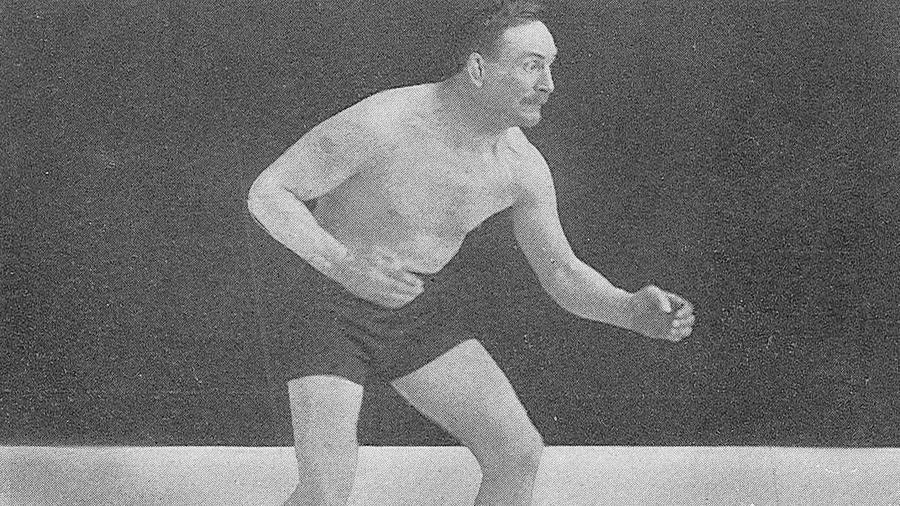 One of the most notable professional wrestling stars at the turn of the 20th century, Martin “Farmer” Burns is remembered as one of the toughest catch-as-catch-can wrestlers of his day.

The Iowa native claimed to have competed in over 6,000 matches during his career, with it being suggested that he only lost seven of them. In 1895, “Farmer” picked up a career-defining win when he defeated Evan "Strangler" Lewis to capture the American Heavyweight Championship, a title he held for over two years.

Burns was also lauded for his incredible strength, especially in his neck. Burns’ décolletage was so strong, in fact, that he would often wrap a rope around it and take six-inch drops to work it out, not harming himself at all.

Burns would also mentor a young Frank Gotch as he began his legendary ascent up the professional wrestling ranks in the early 1900s. “Farmer” is also remembered for his 96-page mail-order course known as “The Lessons in Wrestling and Physical Culture,” as well as “The ‘Farmer’ Burns Workout.”

Burns passed away on Jan. 8, 1937, but his contributions to wrestling will last forever in the WWE Hall of Fame’s Legacy Wing.