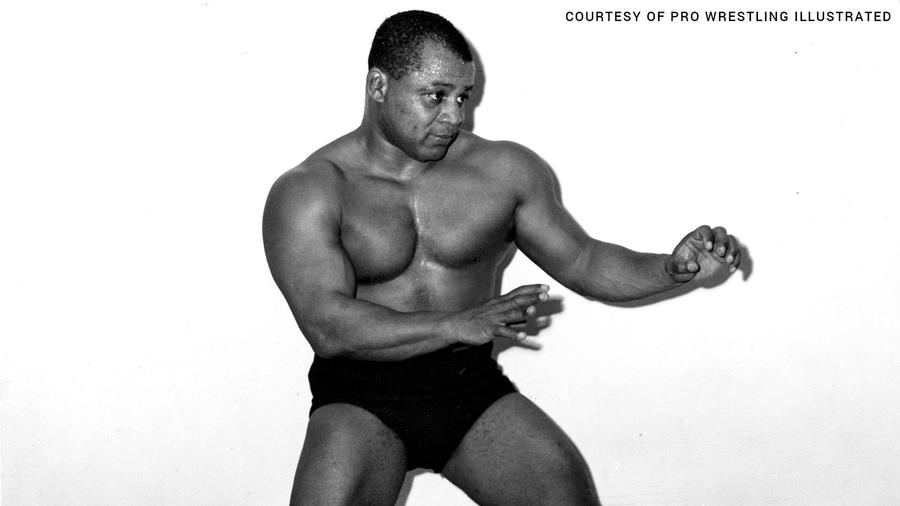 If you were a submission wrestler in the territories, Luther Lindsay was your measuring stick.

The former football player-turned international grappling superstar — he competed in the NWA, All Japan Pro Wrestling and Stampede Wrestling — Lindsay wasn’t just a pioneer of the submission game, he was also a civil rights icon in the world of sports-entertainment.

Most notably, he competed in the first interracial match in the history of Texas and became the first African-American to challenge for the NWA World Heavyweight Championship. Not only did Lindsay train under Stu Hart, he also holds the rare distinction of having defeated Stu in the Dungeon itself, which earned Lindsay such a degree of respect that Hart carried a picture of him in his wallet for 50 years.

Now, the two share eternal glory inside the WWE Hall of Fame.