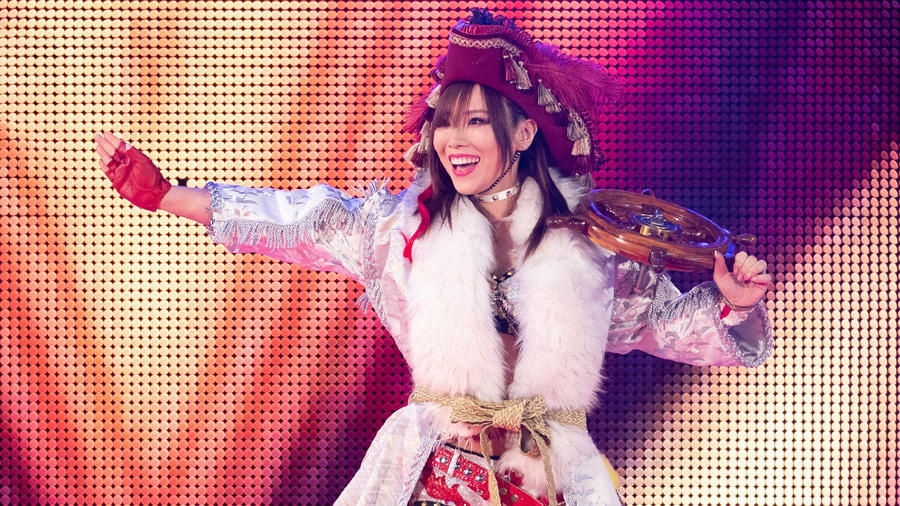 Kairi Sane’s resume read like the accomplishments of 10 athletes. Apart from the laundry list of championships procured in the Japanese women’s promotion Stardom — three-time “Goddess of Stardom” and four-time “Artist of Stardom,” to name a few — she was an Olympic hopeful in yachting, pursued a career in acting, held a Bachelor’s degree in Japanese literature from Hosei University and once taught Japanese to orphans in Cambodia.

Given her jet-setting and worldwide accomplishments, it’s no surprise that Kairi found her way to WWE, joining NXT in summer 2017 and immediately announcing her participation in the inaugural Mae Young Classic. Over the five rounds, The Pirate Princess outlasted the competition — a stiff field of 31 other global sensations — and notched a milestone by winning the tournament with a career-defining victory against former UFC fighter Shayna Baszler in the Finale.

History repeated itself almost a year later, when Sane defeated Baszler to capture the NXT Women’s Championship at NXT TakeOver: Brooklyn IV. Shortly thereafter, Sane set sail for uncharted waters by joining the SmackDown LIVE roster in the 2019 Superstar Shake-up and immediately forming The Kabuki Warriors with Asuka. Sane and Asuka captured the WWE Women's Tag Team Titles from Alexa Bliss and Nikki Cross at WWE Hell in a Cell 2019 when The Empress of Tomorrow used the green mist against Cross.