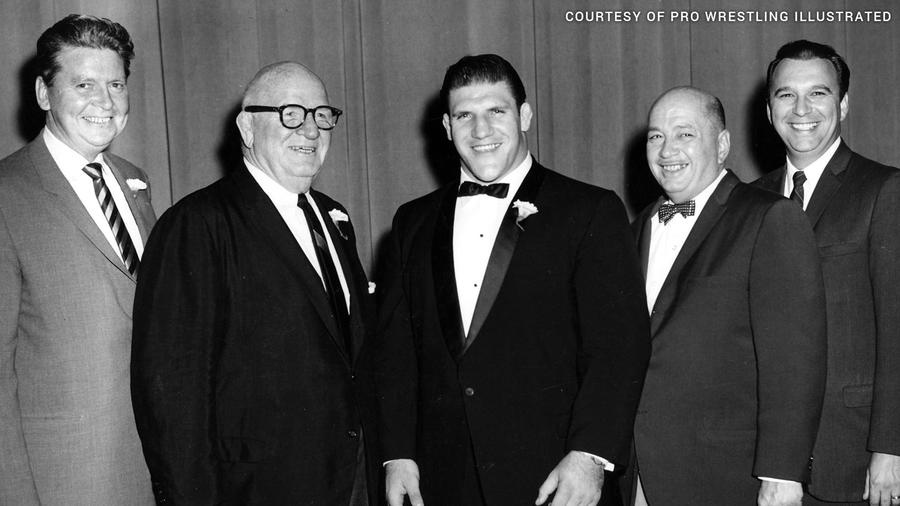 Joseph “Toots” Mondt had a wildly successful in-ring career in the early 1920s, but he may be remembered best for co-promoting the company that became WWE.

Mondt began his pro wrestling career in 1912 at the tender age of 18. Through the years, he worked his way up the ranks and soon joined Ed “Strangler” Lewis’ camp, where he greatly expanded his skill set, both in and out of the ring.

Mondt went on to form the Gold Dust Trio with Lewis and Billy Sandow, a creative trio the likes of which the industry had never seen. The three advanced the stylistic qualities of the in-ring product, developing an exciting brand of competition that Mondt dubbed “Slam Bang Western Style Wrestling.” The trio also creating the idea of actual promotions with structure that could travel from town to town.

“Toots’” impact on the modern-day WWE cannot be understated, as he and Vince McMahon Sr. took control of the Capitol Wrestling Corporation and renamed it the World Wide Wrestling Federation in 1963. Mondt and McMahon Sr. were responsible for helping to bring Bruno Sammartino into prominence and turning the promotion into the unstoppable force that it is today.

“Toots” passed away at the age of 82 in 1976, but his undeniable influence on the industry will now be remembered forever in the Legacy Wing of the WWE Hall of Fame.