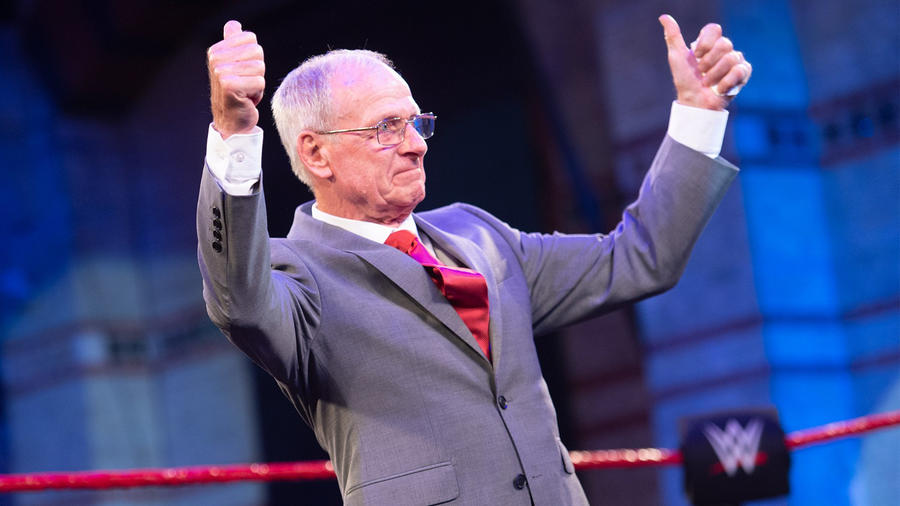 Beginning in the 1950s, Saint’s remarkable in-ring career spanned more than five decades. A protégé of the legendary Billy Robinson, Saint is considered a pioneering force in the U.K. scene, and he is widely hailed as one of the most technically gifted grapplers of all time.

In a 2013 interview with WWE.com, Daniel Bryan cited Saint as a true “wrestlers’ wrestler.” Though perhaps best known for his elaborate and aesthetically pleasing counter-wrestling, Saint also brought a hard edge to the ring, according to Bryan.

“Johnny Saint is somebody who does fancy reversals, but what made him a wrestlers’ wrestler is when he’d get gritty with his wrestling,” Bryan said. “He entertained people through wrestling. He knew a million different holds. He’d go out there and always have fantastic matches. I wrestled him when he was 60-something years old and was still absolutely phenomenal in the ring. He was so good at what he did, technique-wise.”

Once his wrestling career ended, Saint turned his attention to tutoring the next generation of British grapplers. In 2017, he spent six months as a coach at the WWE Performance Center in Orlando, Fla., where he shared his knowledge with NXT Superstars and other WWE recruits.

A true force to be reckoned with, Saint presided over NXT UK with unyielding integrity, standing firm in the face of constant calamity to help produce an exceptional show each and every week.