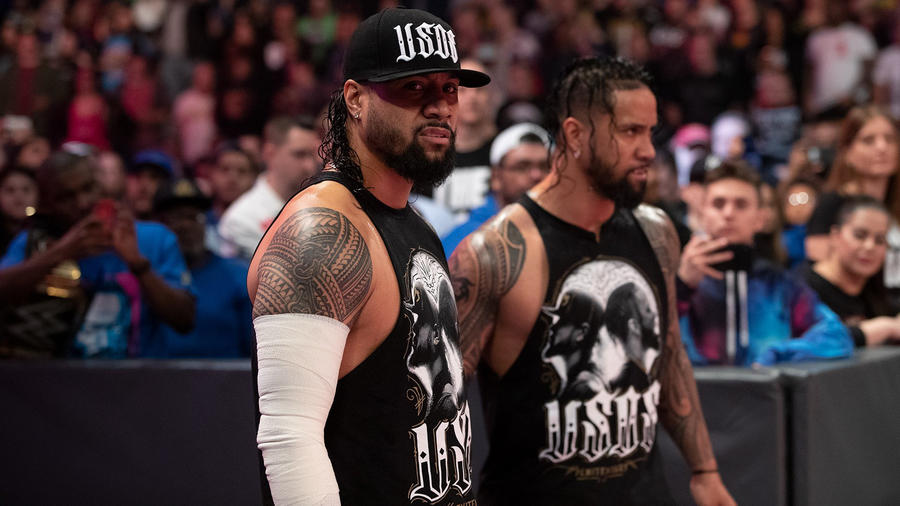 If all you know of WWE is what you see on Total Divas, Jimmy Uso is a loving, kind-hearted husband with a heart of gold. The ring, however, paints a very different picture.

Along with his twin brother Jey, Jimmy has caused nightmares for the WWE Tag Team division for years. Initially a hard-working team with under-the-radar buzz, The Usos eventually fulfilled their WWE Hall of Fame lineage by winning the WWE Tag Team Titles — and twice winning the Tag Team of the Year Slammy — soaring across the ring in tassels and war paint.

But once the New Era rolled around, they went back to basics, ditching the crowd-pleasing attitude that put them on the map for a sparse, brutal move set and dark black hoodies that signaled a new look and a new attitude for The Usos. It immediately paid dividends, as the brothers became three-time SmackDown Tag Team Champions in 2017 alone (their battles with The New Day in 2017 were all instant classics) and have racked up six tenures as tandem champions.

After moving to Raw in the 2019 Superstar Shake-up, they’re now back on SmackDown, but as long as they have each other — the only two who have been down since Day One — Jimmy and Jey will continue to soar, especially after forming a deadly trio with their cousin, The Head of the Table Roman Reigns. At WWE Money in the Bank 2021, Jimmy and Jey brought more gold to the bloodline when they conquered Rey and Dominik Mysterio to become seven-time Tag Team Champions.