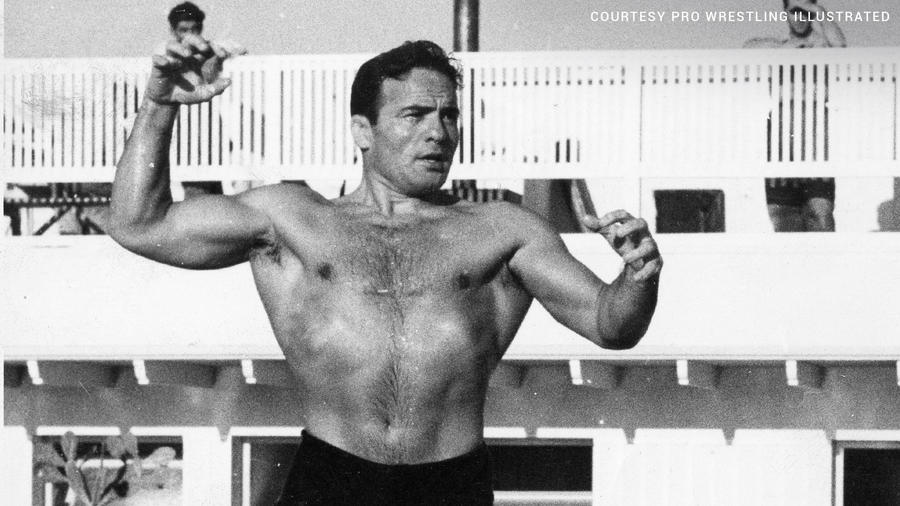 Cabin boy. Construction worker. Carnival acrobat. None of those jobs were for “The Golden Greek” Jim Londos.

One of the most popular stars on the professional wrestling circuit in the 1930s and 1940s, Londos achieved immense popularity by flaunting his good looks and chiseled physique while targeting the ugliest wrestlers he could find.

Recognized as a national hero in his native Greece, the multiple-time titleholder and bona fide box office draw competed in 32 countries, was renowned for his willingness to wrestle as often as possible, cultivated a passionate fanbase on the East Coast, once battled Ed “Strangler” Lewis to a grueling two-hour draw, attracted a crowd of nearly 100,000 in his native Greece, defeated NFL legend Bronko Nagurski in a thrilling title bout, and was universally feared for his debilitating armbar and excruciating Boston Crab.

Following his retirement from the squared circle in 1953, Londos dedicated the rest of his life to various charitable organizations, including his favorite, Greek War Orphans of World War II. Because of his tireless philanthropic efforts, Londos was honored by United States President Richard Nixon and King Paul of Greece.