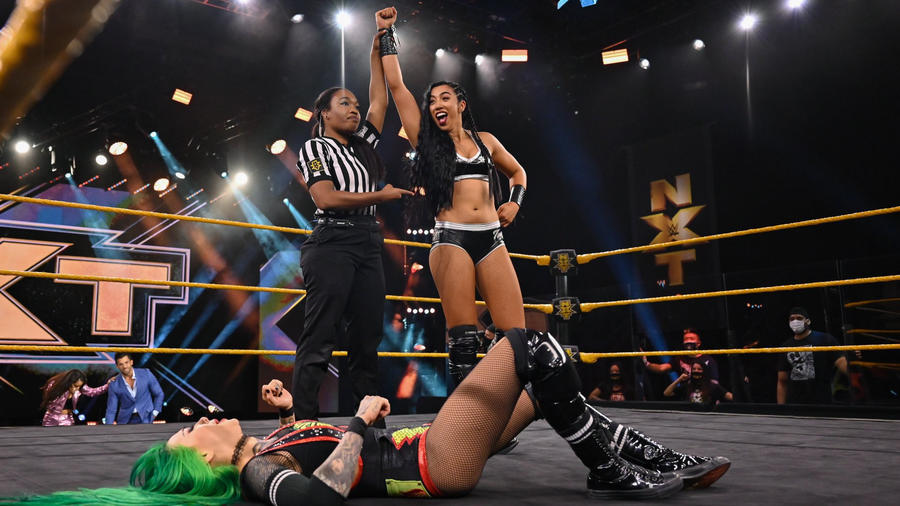 Upon seeing what Indi Hartwell is capable of, it’s easy to see why she earned the moniker “Impressive” for her exploits on the independent scene.

A native of Melbourne, Australia, Hartwell began her career by competing in promotions in the Land Down Under, racking up several championships before taking her craft to the United States and eventually signing with WWE and joining the Performance Center.

In short order, Hartwell has demonstrated that she possesses what it takes to be a major player for years to come, competing against some of NXT’s best. In what may prove to be a pivotal move for her trajectory, Hartwell worked to win the favor of veteran Candice LeRae in sometimes dastardly fashion, with The Poison Pixie eventually taking the younger prospect under her wing. And after joining The Way alongside LeRae, Johnny Gargano and Austin Theory, Hartwell teamed with LeRae to defeat Ember Moon and Shotzi Blackheart to win the NXT Women's Tag Team Titles.

Some time after, Hartwell became romantically involved with the bizarre Dexter Lumis. Though they faced opposition from many parties, the two nevertheless exchanged vows during one of the most unique weddings in WWE history on an edition of NXT!

After meteoric rises everywhere she’s been, it may only be a matter of time until Hartwell climbs to the top of WWE as well.