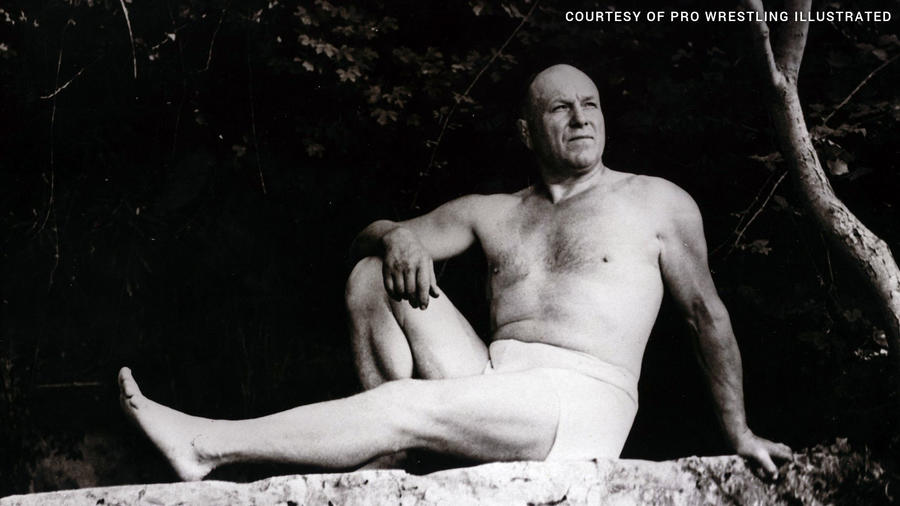 U.S. President Theodore Roosevelt once stated, "If I wasn't president of the United States, I would like to be George Hackenschmidt." That is the type of respect that the grappler known as “The Russian Lion” commanded both in and out of the squared circle.

Hackenschmidt was born in Dorpat, Governorate of Livonia (what is now Estonia), in 1877. From a young age, he spent most of his time in the pursuit of physical fitness, excelling in cycling, gymnastics, swimming, running and jumping.

After graduating from school, he began a career as a blacksmith's apprentice but never lost his love of fitness. He joined the city's Athletic and Cycling Club and became an award-winning cyclist, but, more importantly, developed an interest in both wrestling and weightlifting. George was a prodigy on the mat and in the weight room. His dedication to perfection would result in history, as he invented weightlifting’s hack squat and wrestling’s bear hug and went on to win the European Greco Roman amateur wrestling championship in Vienna in 1898. That same year, he also captured the Russian weightlifting championship.

Hackenschmidt began wrestling professionally in 1900 and entered a 40-day wrestling tournament in Moscow, eventually taking home the championships of both Moscow and St. Petersburg. He continued to win tournaments, including several to determine a world champion. By 1901, there was no denying “The Russian Lion,” who was recognized as wrestling’s first World Heavyweight Champion.

Hackenschmidt competed throughout Europe, Australia and even at New York City’s Madison Square Garden, remaining undefeated until 1908, when he lost to Frank Gotch in Chicago. Three years later, their rematch at the newly-constructed Comiskey Park drew approximately 30,000 fans and generated $87,000 in ticket sales, the equivalent of well over two million dollars today. An injured right knee is cited as the main reason that Hackenschmidt was unable to win back the title and return it to Europe. The knee injury forced him into to retirement that same year, but Hackenschmidt’s days as a celebrity were far from over.

Adored by women and admired by men, Hackenschmidt was revered as a hero. A soft-spoken and cultured intellectual, he could speak seven languages fluently and became a noted author, speaker and philosopher after stepping away from the ring. Now, “The Russian Lion” can be counted among the legendary members of the WWE Hall of Fame as one of its first Legacy inductees.