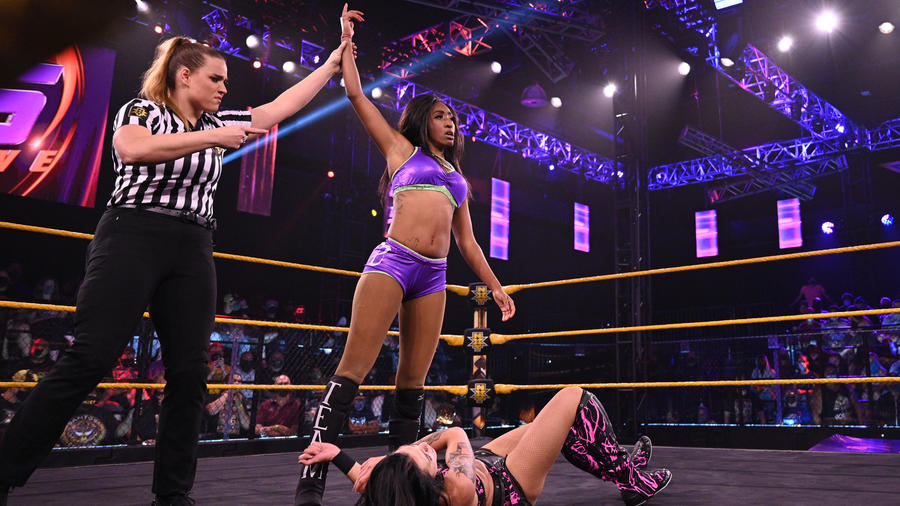 Don’t let Amari Miller fool you with her happy-go-lucky attitude: She’s as determined as anyone once the bell rings.

Quickly becoming a fan favorite inside the NXT Arena, the bubbly competitor typically bounds to the squared circle while singing and dancing to her upbeat theme song.

Whether she’s purposely luring her opponents into a false sense of security is a question only she can answer, however, as the intriguing newcomer boasts an aggressive attack that features a wicked snapmare and a high-impact knee strike.

A friendly but fierce rivalry with fellow newcomer Valentina Feroz has routinely left the WWE Universe demanding to see more of both Superstars.