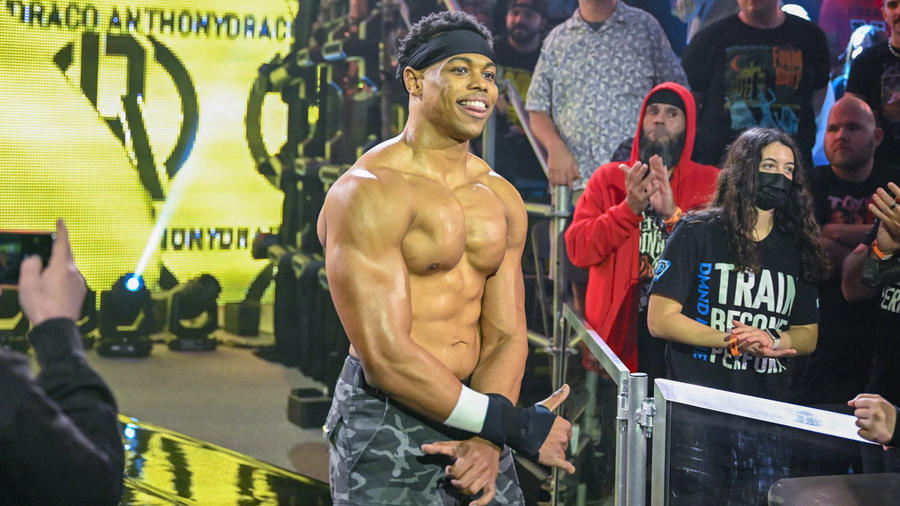 While everyone else is sleeping, Draco Anthony is in the gym putting in the work.

The U.S. Marine Corps veteran has had his fair share of critics and naysayers, but he has thus far proven them all wrong, stating that his actions speak louder than their words. Studying under WWE Hall of Famer Booker T, Anthony made an electrifying debut against Roderick Strong on 205 Live before going toe-to-toe with some of the best in NXT 2.0, including Pete Dunne.

Anthony’s work ethic and attitude captivated the NXT Universe and drew the attention of Joe Gacy who tried and failed to recruit him to join his cause.