Is Vickie Guerrero the greatest female manager ever?

When she makes her way to the entrance ramp, the WWE Universe boos. Her "Excuse me!" is like nails to a chalkboard. Vickie Guerrero is brash, outspoken and knows what she wants. She can lie, cheat and sometimes steal - taking a page out of her late husband Eddie Guerrero's playbook - her clients' way into championship contention. One of the most despised people on the roster, Guerrero even has one of the top-selling Divas items on WWEShop. So, WWE Universe, it might be time to face the music: The Cougar of WWE just may be the best female manager WWE has seen.

Before everyone takes to tweeting @WWEUniverse about the possible absurdity of the claim, let's weigh the facts here as to what constitutes a good manager in WWE from past females who have taken on the role, and why Vickie envelopes most of these principles.

Protecting their interests: Sable and Vickie both know this: Their clients are their meal ticket. The two women will do whatever it takes to protect their interests - even getting inside the ring if duty calls. Although Vickie isn't a full-time in ring competitor, she will (although reluctantly) lace up her white sneakers and venture to the canvas. And her "Cougar Splash" is quite the sight to behold. 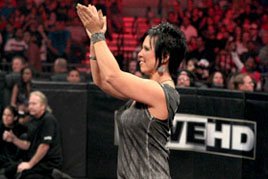 Beauty and knowing which buttons to push: Should we let Michael Cole write this blurb about how good Vickie has been looking? Nobody will compare to the beauty Miss Elizabeth brought to the WWE Universe. She was demure, and never emitted much emotion - but this didn't mean she wasn't a good manager. Liz knew exactly which buttons to push to get the best out of her clients. Look at "Macho Man" Randy Savage.

Aggressive style: Sherri Martel was perhaps the most aggressive female manager ever to grace WWE. Martel used her knowledge as an in-ring competitor and when her man was in trouble, the WWE Hall of Famer was unashamed to go to war for her charge. Shawn Michaels' career really took a jump under Martel's watch. She made HBK more. This is the same for Guerrero. Look at the career of Dolph Ziggler thus far - Vickie has been instrumental in his victories. Without a little help from The Cougar at WWE Capitol Punishment, Ziggler might not have the United States Championship around his waist. And who could forget her alignment with Lay-Cool - WWE's own "Mean Girls," who were perhaps the most influential female charge to show up in WWE in quite some time until the advent of the current "Pin-up strong" era.

Knowing the business: Vickie knows the business because she lived with the business - her late husband, Eddie Guerrero. This knowledge gives Guerrero a leg-up. She knows the rigors of travel - the emotions associated with the championship highs and the lows. Vickie married into a family with a rich sports-entertainment tradition, and for that, it's in her blood.

Master manipulator: Who better to embody this in a past manager other than Sunny? The WWE Hall of Famer always got what she wanted. What did this entail? She not only got the best out of her clients - as seen in 1996, when she managed three consecutive World Tag Team Champions. Sunny could dazzle you with her beauty but easily became the Achilles heel of her opponents. It's safe to say Vickie Guerrero is the Achilles heel of WWE. The reaction of the packed arena is proof. Whether it's kissing up to management in order to position her clients for championships, or using her clients to take out vendettas against Superstars and Divas who have crossed her, Vickie Guerrero gets what she wants. 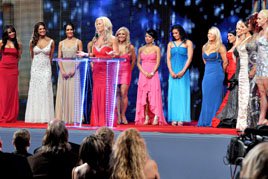 How apropo, then, was it, that arguably the two greatest female managers to be in WWE never met face-to-face at Sunny's introduction into the WWE Hall of Fame at this year's WrestleMania? In fact, while all the other Divas paid tribute to the "first Diva," on stage, Vickie was nowhere to be seen. Coincidence, we think not.

Could the two egotistical managers not be on the same stage? Maybe a little bit of rivalry? Sunny has led more teams to tag team championships than Vickie - but Vickie has led more singles competitors to singles championships and, for certain, garners the boos and reaction from the WWE Universe. As the Superstars and Divas have said - when Guerrero comes out, you can feel the walls shake in the locker room. Perhaps no one - not even John Cena - hears the boos radiate throughout arenas across the country to the decibel Vickie does.

And that's what not being just a good manger but a great manager entails. An aggressive, manipulative style coupled with the ability to push buttons that evokes a reaction -positive or negative - from the WWE Universe. And for that, Vickie is the greatest.

Finn Bálor and Xavier Woods’ battle for the throne: WWE The Build To
Photos: Every King of the Ring winner ever
Zelina Vega and Doudrop’s journey to queendom: WWE The Build To
Roman Reigns vs. Brock Lesnar– Road to WWE Crown Jewel: WWE Playlist
25 best Instagram photos of the week
Lynch vs. Banks vs. Belair – Road to Crown Jewel
toggle menu
Sign in

WWE SmackDown, Oct. 22, 2021: Charlotte Flair and Sasha Banks bring the bedlam to usher in The New Era of SmackDown