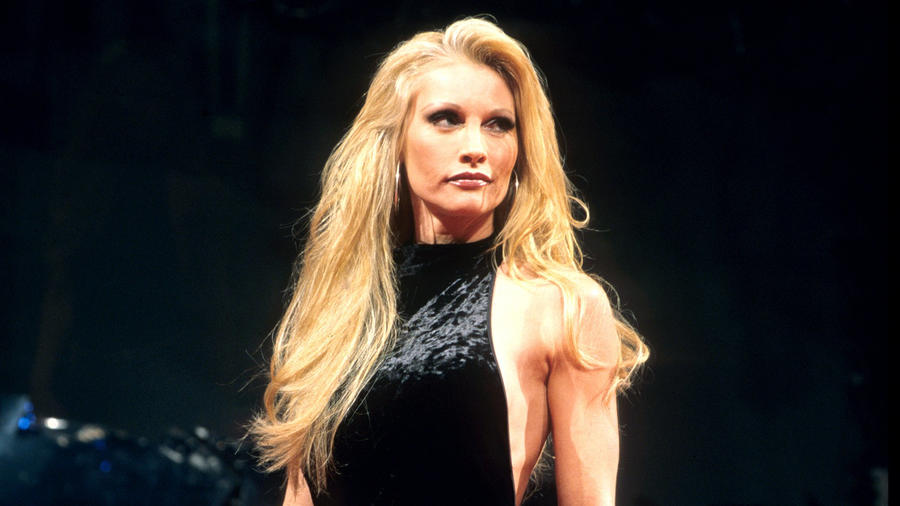 Today's women of WWE owe Sable a lot of gratitude. After all, she defined what it means to be a woman in the rough world of WWE.

Breathtakingly beautiful and tough inside the ring, Sable debuted in 1996 when she accompanied a young Triple H to the ring at WrestleMania XII. Their alliance was short-lived as The Game mistreated his valet and "Wildman" Marc Mero came to her rescue. The glamorous pair captured the imagination of WWE fans as Mero briefly held the Intercontinental Championship. But when The Wildman was sidelined by a knee injury in 1997, Sable remained in the WWE spotlight, and she became far more popular than her Superstar husband.

By the time Mero returned from his injury in 1998, he had become jealous of Sable and resented her success. Eventually, a rift developed between two, punctuated by Sable delivering a kick to the groin and a powerbomb (which she dubbed the "Sable bomb") to Mero. A long war between her and Mero and Jacqueline (who became Mero's manager) ensued, and that led to Sable winning the Women's Championship from her nemesis at the Survivor Series in 1998.

Sable's popularity skyrocketed as she landed on the cover of mainstream magazines like TV Guide, but the weight of fame may have been too much for Sable to bear. WWE fans and Superstars soon noticed that she developed a massive ego. She began wearing Hollywood shades to the ring, and looked down with scorn on the people who loved her. In the ring, she mocked her opponents with "the grind," a move reminiscent of "Ravishing" Rick Rude where she gyrated her hips. Sable also began to taunt the WWE Universe by saying, "This is for all the women who want to be me and all the men who come to see me." Sable channeled her new attitude into a more aggressive in-ring style as she battled Luna Vachon and Debra before leaving WWE in 1999.

In Sable's last WWE run in 2003 and 2004, she found new rivals in Torrie Wilson and Stephanie McMahon. She also served as a trusted confidante of Mr. McMahon in a war with Stephanie. But despite her evil tendencies, WWE fans loved to see Sable.

Whether she is remembered as the Diva of WWE Divas or a magazine cover girl, one thing is certain: Sable was a pioneer who broke new ground for the ladies of the ring. That may be her greatest legacy.