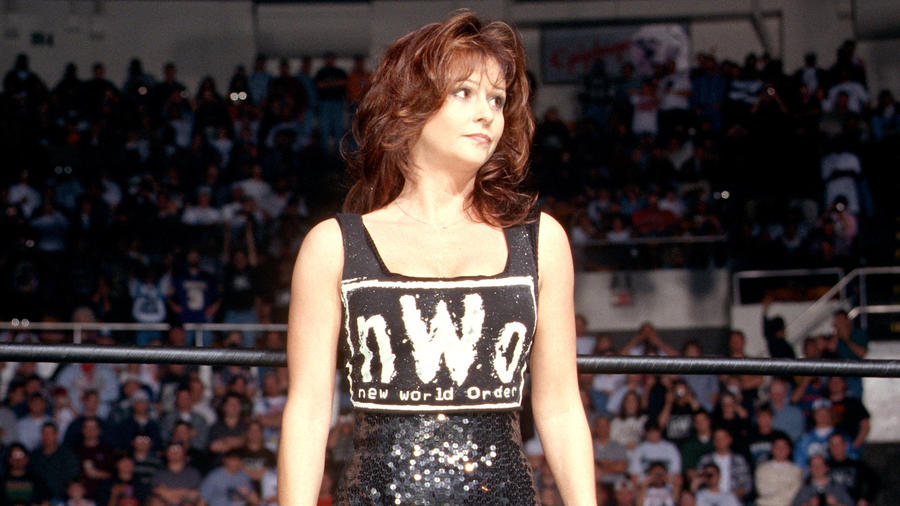 You can't make mention of the women of sports-entertainment without bringing to the tip of your tongue the beautiful, soft-spoken Miss Elizabeth. A mainstay in the 1980s, Elizabeth's elegance is what set her apart from all of her female predecessors, and her patience, poise and kindness made our fans fall in love with her.

Miss Elizabeth's mark on the world of sports-entertainment stretches far beyond how many championships she led "Macho Man" Randy Savage to or how many times she put herself in harm's way to protect "Macho Man." Elizabeth truly was the "First Lady of Wrestling" -- she wore extravagant gowns to the ring; she was classy, sophisticated and independent; and she left big shoes for every female who followed to fill.

Perhaps nothing spoke more to her character than her longtime allegiance to one of WWE's most memorable Superstars. In 1985, "Macho Man" Randy Savage shocked the world -- and a slew of WWE managers offering their services -- when he introduced Miss Elizabeth as his manager. The two could not have been any more different; Savage was loud, in-your-face and cocky, while Elizabeth rarely spoke a word. But it was her loyalty to "Macho Man" that showed just how incredible a woman Elizabeth truly was.

Despite Savage's rule-breaking ways, Elizabeth remained faithful. Even when he crushed the larynx of Ricky Steamboat, she stood by her man. It was that devotion that eventually paid off for the duo professionally, as she became a calming influence to Savage, eventually guiding "Macho Man" to the WWE Championship at WrestleMania IV.

Miss Elizabeth was also an instrumental piece in bringing together The Mega Powers, Savage & Hulk Hogan. Although Savage's jealousy over Elizabeth's friendship with Hogan eventually imploded The Mega Powers, the duo was highly successful in their time together, and Elizabeth deserves credit for keeping the two Superstars in sync.

On a personal level, the partnership between Miss Elizabeth and Randy Savage became much more than Superstar-manager when their unlikely romance blossomed. Our fans will never forget the image from WrestleMania VII when a concerned Elizabeth jumped the railing and ran to the ring to defend Savage -- who was being attacked by Sensational Sherri after losing a Retirement Match. Elizabeth showed her true spirit when she threw Sherri from the ring to protect "Macho Man." Shocked by her reemergence, Savage hoisted Miss Elizabeth high on his shoulder as those in attendance wept at the emotional moment.

The devotion Miss Elizabeth and Randy Savage showed each other over their years together would fully blossom at SummerSlam 1991, when the two entered into marriage. Reunited with Elizabeth, "Macho Man" would come out of retirement and once again capture the WWE Championship, this time at WrestleMania VIII. And although Elizabeth was banned from ringside, she rushed to be by Savage's side to watch his victory.

After four years away from the ring, Elizabeth would return to manage Randy Savage in WCW in 1996. She would also branch out and enjoy time alongside the Four Horsemen, but would spend most of her WCW days as a member of the nWo, aligned once more with "Macho Man" and Hulk Hogan. When WCW was bought by WWE, Elizabeth quietly retired from sports-entertainment.

Sadly, Miss Elizabeth passed away in 2003, robbing our fans and sports-entertainment of one of its classiest and most endearing personalities.