MINNEAPOLIS, Minn. – After leveling some harsh criticism at Triple H, Undertaker finally got The Game to agree to face him at WrestleMania ... but it will be on Triple H's terms: Hell in a Cell. Chris Jericho won a Battle Royal, making him the No. 1 Contender to WWE Champion CM Punk. And as The Show of Shows draws near, John Cena vowed to beat The Rock in his own hometown of Miami on April 1. 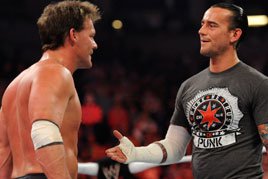 With WWE Champion CM Punk joining the Raw announce team, 10 competitors from last night’s Elimination Chamber Matches fought for the chance to face Punk on The Grandest Stage of Them All. One of the biggest threats was eliminated first when The Great Khali was tossed from the ring. Next to go was The Miz, as well as his dream of headlining WrestleMania. Then, Wade Barrett and R-Truth were both eliminated by Santino Marella. (WADE BARRETT INJURY UPDATE) Big Show eliminated Doph Ziggler by tossing him onto the announce table. Out next was Kofi Kingston, who was sent flying from the ring by Jericho.

The final four were Big Show, Santino Marella, Cody Rhodes and Chris Jericho. First to go out of the final group was Santino, who was eliminated by Rhodes. Then it was down to two when Show eliminated Rhodes. Then as The World's Largest Athlete appeared ready to put away Jericho as the two tangled on the ropes, Rhodes interfered, pulling Big Show from the ring apron, sealing the win for Jericho.

After the bout, Punk entered the ring to stare down his No. 1 Contender. When the WWE Champion offered a handshake to Jericho, he refused and walked out of the ring. (WRESTLEMANIA PREVIEW) 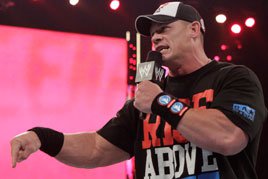 John Cena vowed to beat The Rock at WrestleMania (WATCH)
With Rock coming to Raw SuperShow next week (WATCH), John Cena had harsh words for The Rock, saying he’s no longer The People’s Champion, but he’s a champion with people, referring to the entourage around him. After strongly criticizing Rock for returning, but not sticking around WWE, Cena vowed to beat The Rock in his hometown of Miami on April 1.

The Bella Twins def. Aksana & Kelly Kelly (WATCH)
In a quick encounter, Aksana was on the losing end of Twin Magic. 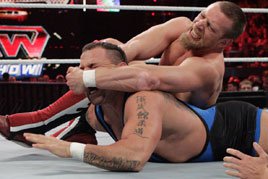 At first Triple H said, “I’m sorry, but the answer is no” and walked away from the ring. 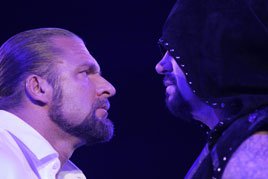 But as the WWE COO walked up the exit ramp, Undertaker finally got what he wanted by saying: “You know Shawn (Michaels) was always better than you.”

With those biting words, Triple H removed his jacket and tie and strutted back to the ring to confront The Deadman. “I can do what Shawn couldn’t do … I can finish it. I know it. You know it ... You want this? You want WrestleMania? You want it all to come to a head? You want an end? You got it!”

After finally getting what he wanted, Undertaker shot one more ominous gaze at his foe and exited the ring. (WRESTLEMANIA PREVIEW) 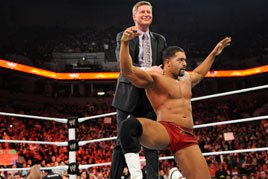 Ron Simmons to be inducted into the WWE Hall of Fame Class of 2012 (WATCH)
Check out Ron Simmons' Superstar profile.

The Rock to return to Raw (WATCH)
Next week, The Rock returns to Raw SuperShow. 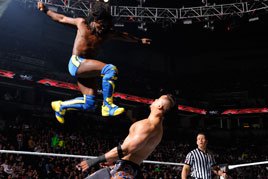 10-Man No. 1 Contender's Battle Royal announced (WATCH)
After David Otunga suggested Interim Raw General Manager John Laurinaitis run both Raw and SmackDown at last night’s Elimination Chamber, SmackDown GM Theodore Long came to Raw to defend his brand and job. After Teddy said he thinks the WWE Universe should decide who they think would do the better job managing Raw and SmackDown, Laurinaitis said he only cares what the WWE Board of Directors thinks. After a few tense moments, Laurinaitis announced a 10-Man No. 1 Contender's Battle Royal. The participants would include all those who competed in, but did not win, last night's Chamber matches. The winner would earn the right to face WWE Champion CM Punk at WrestleMania. 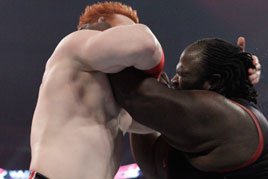 In brutal contest between two of WWE’s fiercest competitors, Sheamus and Mark Henry went to war. After thwarting a World’s Strongest Slam, The Celtic Warrior dropped Henry with a brutal Brogue Kick. 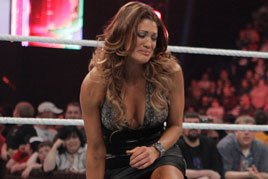 A tearful Eve begged for John Cena’s forgiveness (WATCH EXCLUSIVE | WATCH | PHOTOS)
After saying her words were taken out of context, Eve tried her best to explain her actions to John Cena. But as she kept backpedaling, Cena pummeled her with his stinging words. Calling her disingenuous and more harsh names, Cena said she and The Rock are perfect for each other. As the WWE Universe got behind Cena’s taunting, Eve fell to her knees and cried. Then as she did her best to plant another kiss on Cena, he avoided her clutches, threw one more insult at her and rushed out of the ring, leaving her in tears.

Eve admitted to using Zack Ryder and said she’d do the same to John Cena
At the start of Raw SuperShow, Eve stunned the entire WWE Universe by calling Zack Ryder an idiot and admitting to The Bella Twins that she used him. And in another shocking confession, Eve said she plans to use John Cena just like she did Ryder by getting the jump on apologizing to him first. But, just as she was about to enact her plan, Cena appeared directly behind her.

Eve admited to using Zack Ryder and says she’ll do the same John Cena
At the start of Raw SuperShow, Eve stunned the entire WWE Universe by calling Zack Ryder an idiot and admitting to The Bella Twins that she used him. And in another shocking confession, Eve said she plans to use John Cena just like she did Ryder by getting the jump on apologizing to him first. But, just as she was about to enact her plan, Cena appeared directly behind her.