Might John Laurinaitis give some pointers to the New York Jets' GM?

For those of you who follow me on Twitter (www.twitter.com/howardfinkel), you are aware that I am a loyal fan of the National Football League’s New York Jets. My passion for the team known as “Gang Green” comes very close to my passion for all things WWE. And after the Jets’ disappointing season ended in failure to make the playoffs, rumblings of an imbalance of team chemistry inside the Jets’ locker room, and some players  more concerned about their individual efforts rather than being “team” players made the papers. 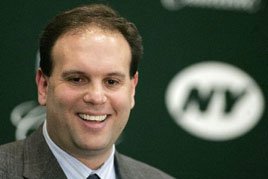 Not withstanding Head Coach Rex Ryan’s input, the major onus of these problems are the responsibility of Jets’ General Manager Mike Tannenbaum, who has a good amount of internal repair to do in the locker room, as well as orchestrate that perfect balance to get the Jets back on the same page. That being said, perhaps Mr. Tannenbaum might be well advised to place a call to Raw Interim General Manager John Laurinaitis for some advice on how to get the job done.

Since being appointed as the Raw Interim GM on Oct. 10, Mr. Laurinaitis, in my estimation, has done an excellent job in restoring a sense of stability in the Raw locker room. Remember when the Raw Superstars walked out? Remember when they claimed there were unsafe working conditions in their arena environment? You don’t hear anything on that now, do you? I credit that to Mr. Laurinaitis who, as a former competitor himself inside the squared circle, can relate to the mindset of his Raw roster. From my vantage point, he is doing his optimum best to ensure that, regardless of perceived egos and personal gain, everyone is on the same page to go out as a team and leave it all in the ring after everything is said and done. (PHOTOS) 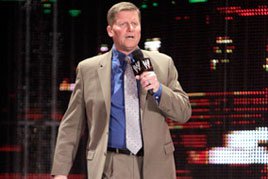 Additionally, Mr. Laurinaitis has not been gun shy to pull the trigger in making decisions that might prove unpopular to some throughout the WWE Universe. At the end of the day, if he sees that the end result is for the betterment of the Raw brand, then so be it. Case in point: Mr. Laurinaitis appointing himself as special guest referee for the CM Punk-Dolph Ziggler WWE Championship Match at the Royal Rumble on Jan. 29. Despite the obvious tensions between himself and the current champion, he has made it no secret that that his officiating this match will be instrumental toward determining a definitive winner. Perhaps Mr. Tannenbaum will be faced with a very similar scenario over the next few months as it relates to his team – or even his head coach, who seems more concerned at times about being a “friend” to his players. (PHOTOS)

Let’s also not forget that Mr. Laurinaitis is the Executive Vice President of Talent Relations, which is another notch in the belt of experience that he wears.  I truly believe that a phone call between Mr. Tannenbaum and Mr. Laurinaitis would go a long way toward getting the Jets organization back on the right track. 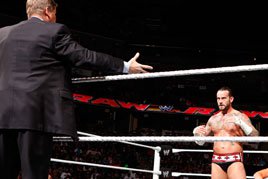 Oh, one other thing. It has been three months since John Laurinaitis was named the Interim Raw General Manager. During that time frame he has also presented some very entertaining programs on Monday nights for the WWE Universe. So why have we not heard anything from the Board of Directors regarding an assessment of his performance? Surely, we haven’t heard any other names being bandied about for consideration of the GM position. So to the Board I say take the “interim” title off, and install John Laurinaitis as the permanent Raw General Manager! He has earned it!