WWE Raw SuperShow: The matches we want to see

Last Monday, Triple H proclaimed that as Chief Operating Officer, it’s his job to ensure that the WWE Universe gets “the absolute best that the WWE has to offer at all times.” In keeping with that responsibility, The Game revealed that Superstars from the red brand would be joined by SmackDown Superstars each and every Monday night moving forward on WWE Raw SuperShow.

What does it all mean? Well, if you’re into concocting dream match-ups (and who isn’t?), this means that any Superstars currently on the WWE roster can collide on any given Monday night, regardless of their brand affiliation.

The first of these WWE Raw SuperShow encounters saw SmackDown’s World Heavyweight Champion Randy Orton take on United States Champion Dolph Ziggler, an incredible bout that inspired much discussion among WWE Universe members following the action on Facebook and Twitter. Despite Ziggler’s aerial skill and impressive ground game, The Viper was able to put away his fellow titleholder with a ring-shaking RKO that left the blond blowhard in a daze.
(WATCH | PHOTOS)

As explosive as that opening bout was, few could have anticipated what would transpire in the main event. Despite their now legendary clashes over the WWE Championship, John Cena and Sheamus put aside their many differences to face the unstable tandem of Christian & Mark Henry. Raw’s Cenation leader was understandably cautious about teaming with SmackDown’s “Great White,” but the unusual alliance – unthinkable prior to Triple H’s WWE Raw SuperShow announcement – stood triumphant at the end of the night.

Following those electrifying inter-brand bouts, it’s clear that anything is possible on WWE Raw SuperShow. Here are three extraordinary encounters we’d like to see on Monday nights in the future.

CM Punk vs. Daniel Bryan
With similar striking styles and technical arsenals that draw from a wide variety of international influences, CM Punk and Daniel Bryan are natural competitors. The real winner in this potential confrontation? The WWE Universe, naturally. 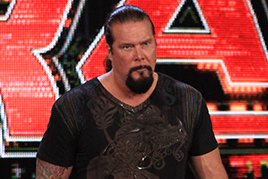 Kevin Nash vs. Sheamus
Now officially a WWE Superstar once again, the returning Kevin Nash has always used his massive frame and near-superhuman strength to dominate all opposition – but so has Sheamus. On SmackDown, The Celtic Warrior stood up to a rampaging Mark Henry to put The World’s Strongest Man on notice – an act that perhaps caught the eye of a returning Big Daddy Cool. Since Nash is back on Raw, a clash between “Big Sexy” and “The Great White” isn’t out of the question. Plus, thanks to Raw SuperShow, we would finally learn what’s more painful: Sheamus’ High Cross or Nash’s Jackknife Powerbomb? (MORE ON NASH)

Evan Bourne vs. Justin Gabriel
Evan Bourne’s awe-inspiring aerial arsenal has propelled him to a WWE Tag Team Championship – a feat already accomplished three times over by fellow high-flyer Justin Gabriel. The South African Superstar is one of the most exciting ring warriors on the SmackDown roster, dizzying crowds (and his opponents) with his patented 450° Splash. If these two aerialists were to collide in singles action on Raw SuperShow, arenas around the globe might be inspired to invest in higher ceilings.

What inter-brand matches would you like to see on WWE Raw SuperShow? Discuss your picks on Twitter, using the hashtag #RawSuperShow.

EVERY multi-time Hell in a Cell Match winner
WWE Hell in a Cell: Match Card, How to Watch, Previews, Start Time and More
10 unforgettable Hell in a Cell controversies
Photos: Superstars enter/leave Hell in a Cell
Full NXT TakeOver: In Your House results: WWE Now
Photos: Get ready for the Eva-Lution
toggle menu
Sign in