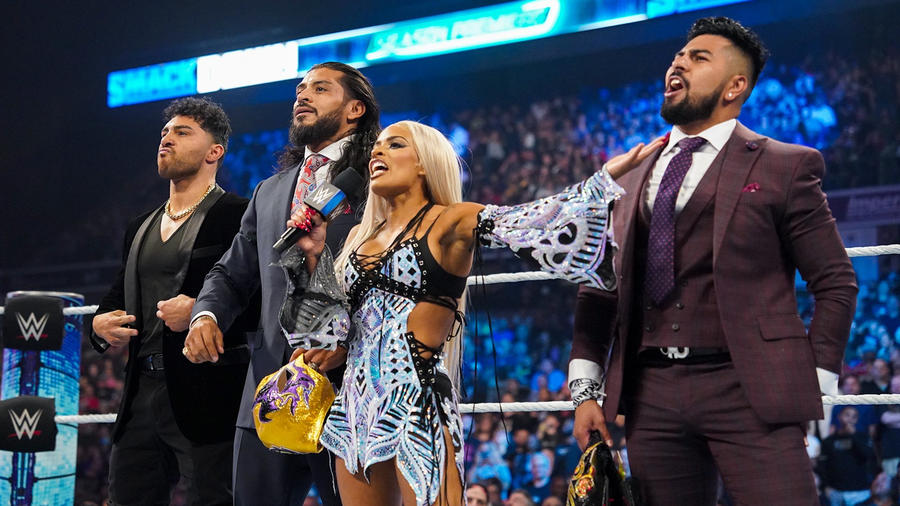 Zelina Vega is as ruthless and calculating as they come, but she makes no apologies for her tactics.

Partnering with Andrade, Vega first struck up their partnership years ago in Mexico, where Andrade rose to notoriety as an acclaimed third-generation luchador. They then reunited in NXT when Vega emerged to put a stop to a losing streak that was threatening to derail Andrade’s promising career.

With Vega’s sinister strategizing and business wits behind him, Andrade captured the NXT Championship at TakeOver: WarGames before he and Vega moved on to SmackDown LIVE via the 2018 Superstar Shake-up. And after being selected by Raw in the first round of the 2019 WWE Draft, Andrade soon made good on his enormous potential by defeating Rey Mysterio to win the United States Championship.

After Vega had been away from WWE for several months, WWE Official Sonya Deville surprised one and all by announcing her return to the ring and naming her to Monday in the Bank Ladder Match.

At WWE Crown Jewel, Vega made history when she overcame Doudrop to become the first-ever Queen's Crown Tournament winner. As the first ever Queen of WWE, Vega gained some gold for herself when she won the WWE Women's Tag Team Championship with Carmella. Aside from royally defeating foes in the ring, Vega had also had roles in feature films, notably portraying a former WWE Superstar in "Fighting with My Family," a movie depicting the rise of Paige in WWE.

On the Oct. 7 season premiere of SmackDown, a returning Vega shocked the WWE Universe when she aligned with Legado del Fantasma to attack Hit Row. Together, they declared that the blue brand was theirs.