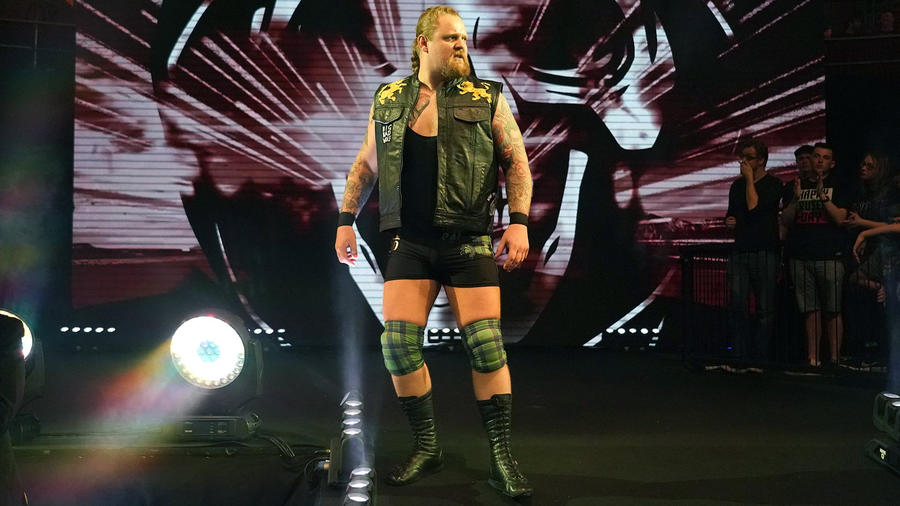 After a decade-and-a-half of competing in the U.K. independent scene against some of the world’s brightest talents, including the likes of Finn Bálor and Rhyno, blue-collared brawler Wolfgang has proven he can hang with elite company.

Wolfgang’s brutality grinds down competitors like a millstone. Yet, the burly Scotsman is also deceptively agile, boasting a deep arsenal beyond heavy haymakers. His well-rounded skillset has earned him many accolades, including the acclaimed ICW Championship.

When he’s not in the ring or tearing down the road on his motorcycle, Wolfgang can often be found keeping things under control at his family’s pub in the East End of Glasgow — even if it means having to confront the occasional blade-wielding patron from time to time.

Now a part of the dominant Gallus faction alongside brothers Mark & Joe Coffey, and with a record 497 day reign as one half of the NXT UK Tag Team Champions to his credit, Wolfgang has arrived to conquer NXT and there is no telling what will happen to anyone who gets in their way.