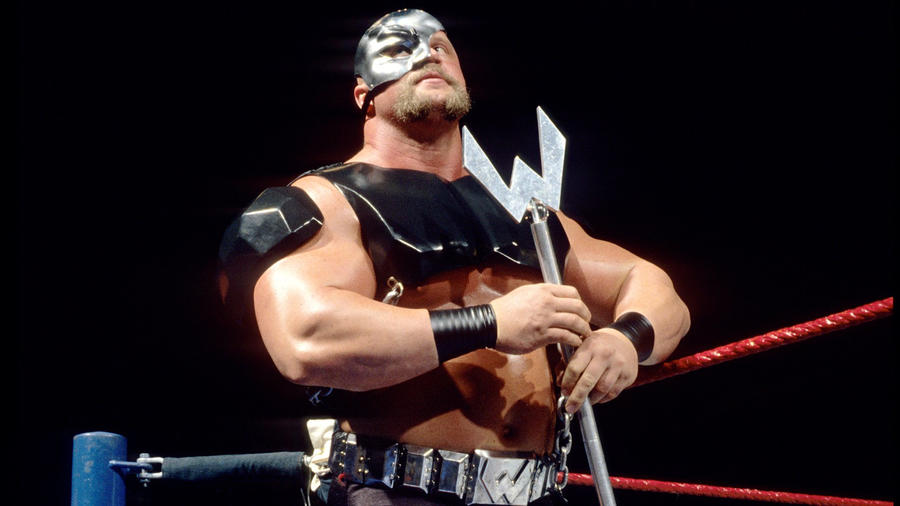 Best remembered as one-half of The Powers of Pain alongside the savage Barbarian, the 320-pound beast emerged from Parts Unknown in the late ’80s under the guidance of hotheaded manager Paul Jones. Forming an alliance with The Barbarian and Ivan Koloff, The Warlord became a natural enemy of NWA heroes like Dusty Rhodes and The Road Warriors who were dwarfed by the 6-foot-5 brute. The two sides traded the short-lived Six-Man Tag Team Championships before The Powers of Pain moved to WWE in 1988.

Arriving somewhat unexpectedly as good guys, The Warlord and The Barbarian aligned themselves with the mysterious Baron and set their sights on the villainous team of Demolition — WWE’s answer to the post-apocalyptic aesthetic of The Road Warriors. The Powers of Pain didn’t wear the white hats for long, though, as they soon linked up with the devious Mr. Fuji after the manager turned his back on Demolition in a classic double-cross at 1988’s Survivor Series.

Regaining their mean streak, The Powers of Pain showed the raw ability to be WWE’s next dominant tag team with The Warlord’s incomparable strength and The Barbarian’s unmatched fury. Yet, although they made short work of unimpressive local tandems, the duo struggled in marquee matchups against Demolition, The Hart Foundation and even The Bushwhackers.

The Warlord soon distanced himself from The Barbarian and struck out as a singles competitor with Slick as his manager. Updating his look to include a metallic half mask and armor-plated shoulder pads, the big man reinvented himself as a real-life He-Man villain. The Warlord was a nightmare for the no-name competitors of the early ’90s with his running powerslam and a devastating Full Nelson. Still, when it came time to battle a known entity in “The British Bulldog” Davey Boy Smith, the powerhouse failed to find any traction, losing his most high-profile bout to the Englishman at WrestleMania VII.

An automobile accident in the mid-90s brought an untimely end to The Warlord’s career, but his impact has lasted long since he left sports-entertainment.