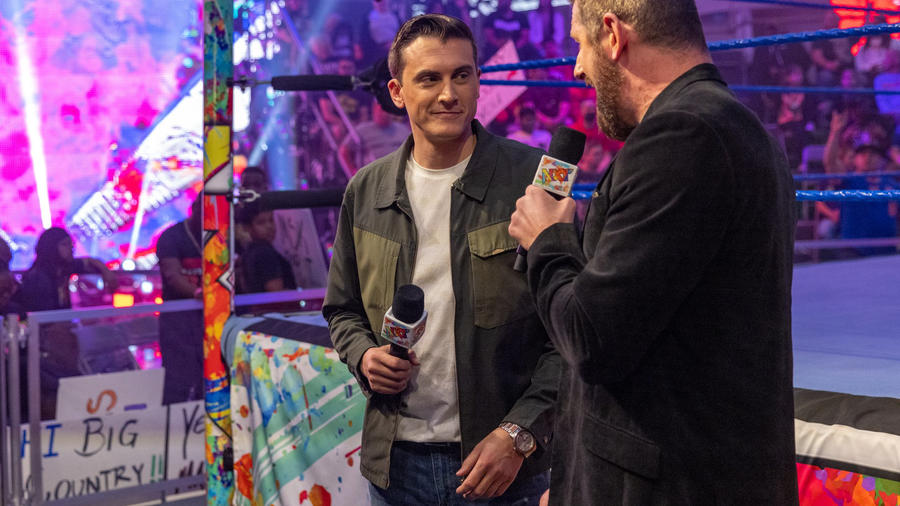 Vic Joseph is no stranger to reporting in front of an ardent fan base. Covering sports for a town as enthusiastic about its teams as Cleveland helped Joseph prepare for his role as a host and announcer in WWE.

The Cleveland native spent the early part of his broadcast career covering his beloved football team as a part of the Cleveland Browns Network and 92.3 The Fan. The self-proclaimed movie buff also spent time calling the action inside the squared circle, even having voiced matches alongside WWE alumni Matt Striker and Shane Helms.

As someone who has experience navigating the Cleveland Browns’ famed “Dawg Pound,” Joseph knows what it takes to perform in front of boisterous crowds and serve as the play-by-play commentator on NXT, making him a perfect fit for WWE.