Nail in the Coffin 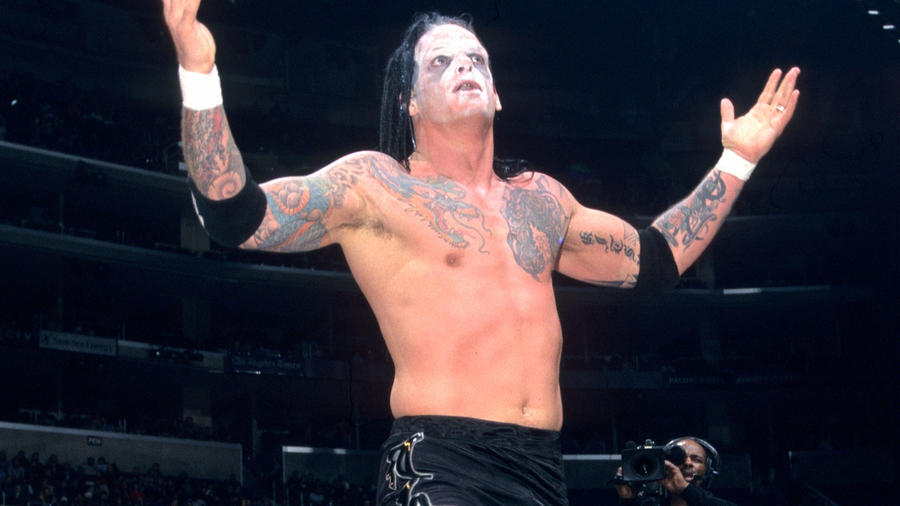 Something wicked this way comes. Namely Vampiro, the sunken-eyed sadist who terrorized the ranks of WCW at the end of the last century with his penchant for pyromania, premature burial and every other horrible thing you’d read about in an Edgar Allan Poe story.

Introduced to World Championship Wrestling by way of the Mexican wrestling scene in 1998, Vampiro’s gothic charisma and punk rock cool had made him a sensation south of the border. Mainstream success eluded him in America where he was mostly known as a fringe player — the type of disturbed outsider who doused opponents with buckets of plasma and hung tight with firebrand rap outfit the Insane Clown Posse. Still, Vampiro’s controversial affronts to Sting, Eddie Guerrero and even The Kiss Demon made him a competitor worth remembering.

Outfitted in all black with ratty dreadlocks and the grease-painted face of a George A. Romero extra, Vampiro established himself in WCW alongside Violent J and Shaggy 2 Dope of the ICP and Raven in a mishmash known as The Dead Pool. Targeting the same Mexican stars he’d tangled with in the past — Eddie Guerrero and Konnan in particular — Vampiro was touted as a lucha libre star, but his back alley kick-punch style spoke to a different type of brawler.

The ghoulish competitor soon distanced himself from his lucha roots when he linked up with north Jersey horror rockers The Misfits and warred with the likes of “Dr. Death” Steve Williams and Berlyn in rough stipulation matches. Soon, Vampiro’s cadre of cohorts shifted again as he realigned himself with the Insane Clown Posse and brought Great Muta and The Kiss Demon into the fold as a twisted alliance of face-painters known as The Dark Carnival.

At this point, Vampiro truly emerged as a shock performer who drenched rivals with gallons of red liquid and once set WCW icon Sting on fire and pushed him off a balcony. Positioned as Atlanta’s answer to The Undertaker, Vampiro innovated the macabre Graveyard Match — in which the goal was to escape a local cemetery and make it back to the ring before your opponent — and tortured The Stinger in a notorious rivalry. But WCW’s wrestling freak show failed to connect with audiences the way WWE’s Deadman had.

Although presented as a future main eventer during WCW’s youth-oriented New Blood movement, Vampiro faded toward the organization’s end as opponents like Sting and Mike Awesome got the best of him. The gruesome competitor did not take part in the subsequent WCW invasion of WWE, instead returning to Mexico where his bizarre antics continued to fascinate and outrage fans.