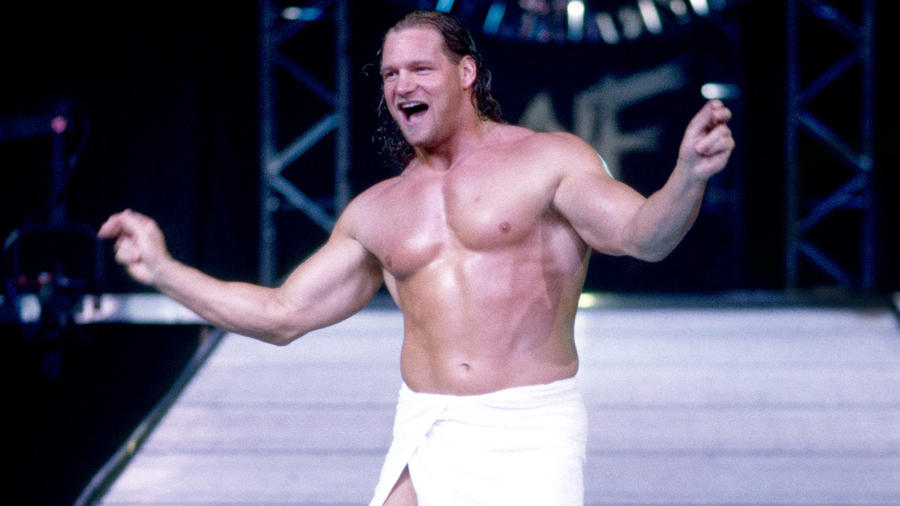 Val Venis made it very clear who he came to WWE to impress in the late 1990s. Hailing from Las Vegas, The Big Valbowski set out to bring his own unique brand of sin to the squared circle, tearing off his towel and gyrating as women screamed with joy before breaking out an off-color joke to get the men on his side, as well.

Venis was skilled in the ring, to boot, wowing crowds worldwide with a devastating top-rope splash that spelled the end for his opposition.

Though he was gifted in between the ropes, it may have been Venis’ romantic exploits that made the biggest mark in WWE. The Big Valbowski was an expert at playing the game of love to his advantage, getting inside the heads of his opponents by wining and dining the women in their lives. From the wife of Kai En Tai’s manager to Ken Shamrock’s sister, many have fallen for Venis’ charms.

The swaggering Superstar went through several changes of heart during his WWE tenure, briefly joining the puritanical Right to Censor and later becoming Raw General Manager Eric Bischoff’s Chief of Staff. However, he always reverted to his outrageous ways when all was said and done.

All of those moves worked for The Big Valbowski as he racked up World Tag Team and European Title reigns, along with two stints as Intercontinental Champion. He remained with WWE through most of the 2000s, teaming with numerous Superstars before heading back to Sin City for good.