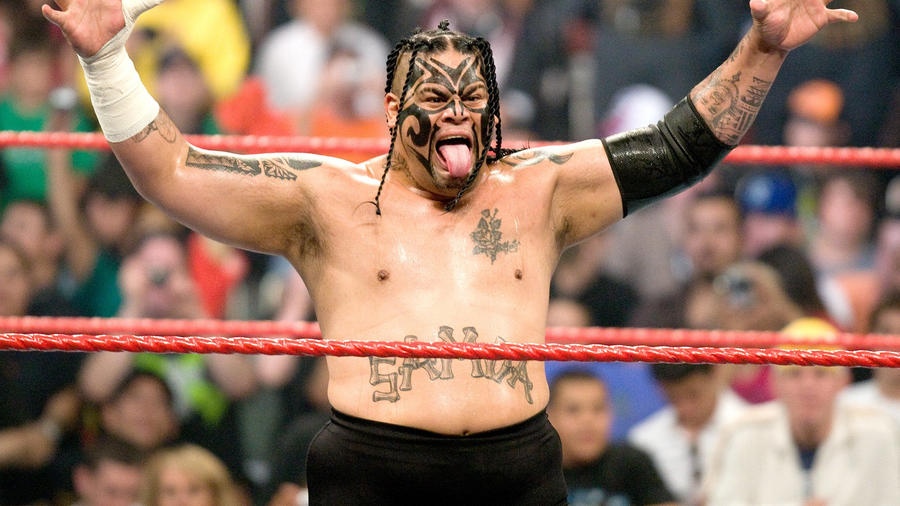 "The Samoan Bulldozer" was not just a clever moniker for Umaga — it was what he was. Perhaps no other Superstar in WWE lived up to his billing as completely as the 348-pounder.

Umaga came from a long line of Samoans with a rich history — and a brutal path of destruction. Immediately upon his debut, it was clear that The Samoan Bulldozer would make a lasting impact.  From the opening bell, he relentlessly attacked every Superstar that dared step in the ring with him, quickly earning him a reputation as one of the most vicious Superstars in the squared circle.

Umaga battled WWE's elite, from CM Punk to Ric Flair. His epic battles with Cena and Hardy over the WWE Championship and Intercontinental Title are modern-day WWE classics. And perhaps more than anyone, Umaga pushed Triple H to the limit. Many times The Game needed help walking back to the locker room after his battles with The Samoan Bulldozer.

Umaga was not a typical plodding big man, though. He was a super-heavyweight who was deceptively quick and could be as comfortable on the top rope as any cruiserweight. These traits, combined with his penchant for sadism, made Umaga very dangerous.

Though he remained an enigma to many observers in WWE, underneath that tattooed, monstrous exterior was a method to his madness. After all, he won the Intercontinental Championship and headlined WrestleMania 23 in the Battle of the Billionaires before leaving WWE in June 2009.