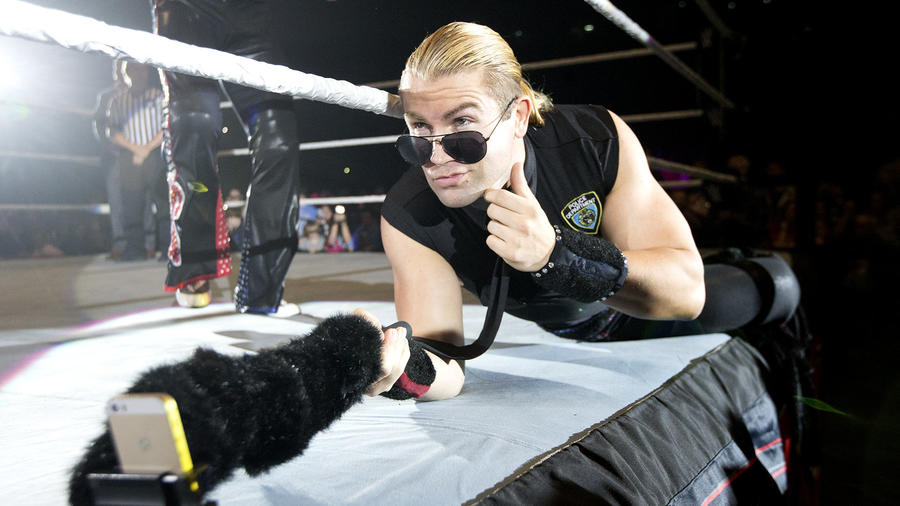 A picture is worth a thousand words, but Tyler Breeze was only concerned with one: Gorgeous. Always up for a photo op, Breeze regularly embraced every opportunity to snap a picture of himself. Some would argue that Prince Pretty was more concerned with selfies than submissions. They would be wrong.

A deadly fighter in the vein of similarly stunning greats like “Ravishing” Rick Rude, Breeze never missed an opportunity to apply his pristine craft and leave his opponents black and blue. He was an institution during the formative years of WWE NXT, orbiting but never landing the NXT Championship as he took on the likes of Sami Zayn, Finn Bálor, and even international legend Jushin “Thunder” Liger.

Not that he let any of his losses get him down. Like any social climber looking for the next big thing, Breeze was constantly focused on tackling new challenges, such as teaming with fellow sartorial slueth Fandango as The Fashion Police on SmackDown and issuing citations to anyone who committed a fashion faux pas. That duo stole the hearts of the WWE Universe with their weekly "Fashion Files" show, and they achieved their greatest victory by defeating Imperium to become NXT Tag Team Champions.

From flashy entrances alongside Fandango to wowing his legion of fashion-forward fans on the gold-and-black brand, there was never a dull moment when Breeze was around.