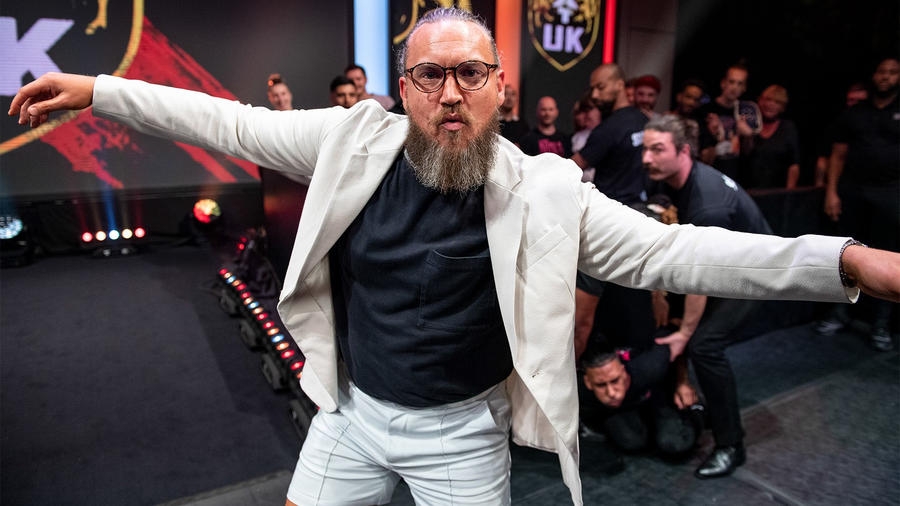 Distinguished yet dangerous, Trent Seven was like a character from the underworld of a Guy Ritchie film. His debonair appearance and charming manner of speech belied his gritty, hard-nosed approach to the ring. That same competitive spirit made Seven one of the United Kingdom’s top grapplers.

After spending years collecting titles in the British independent scene, Seven landed on the radar of the WWE Universe during the WWE UK Championship Tournament in January 2017. Though he fell short of claiming the UK crown, Seven's intelligent, hard-hitting offense made everyone take notice. A bastion of British Strong Style — an exciting, post-modern take on classic English wrestling traditions — Seven made frequent appearances in NXT, often teaming with fellow British Strong Style proponent Tyler Bate as Moustache Mountain, capturing the NXT Tag Team Titles from Undisputed ERA in an instant-classic.

As a member of the NXT UK roster, Seven and his tag team partner Tyler Bate proved they were one of the best tag teams that the United Kingdom had to offer, by winning the NXT UK Tag Team Championships.

However, after losing the titles to Ashton Smith and Oliver Carter, Seven turned on his partner, effectively disbanding Moustache Mountain and breaking the hearts of the WWE Universe.