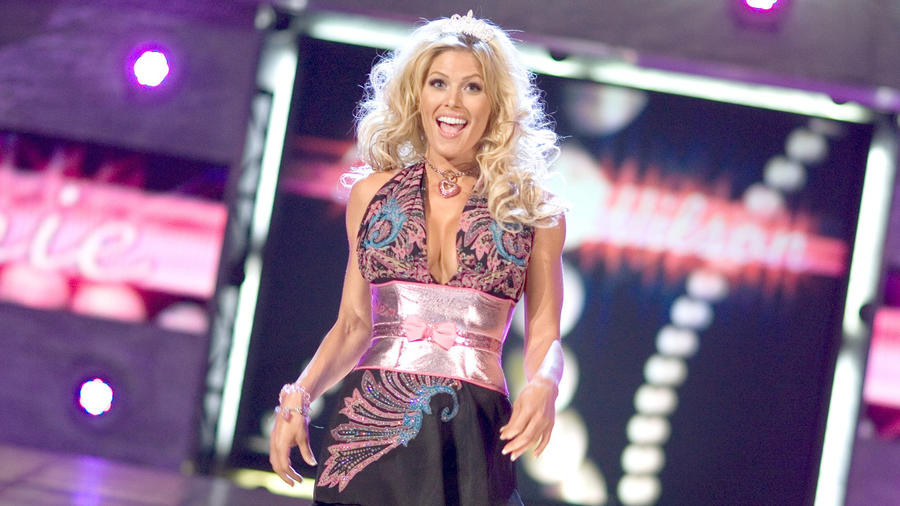 Amidst the potatoes, corn and wheat typically grown on the sprawling and spacious farms of Boise, Idaho, Torrie Wilson, one of wrestling's most athletic competitors emerged.

A budding fitness model in the late 1990s, Wilson’s entrance into sports-entertainment came out of a backstage visit to WCW with her then-boyfriend. She ended up accompanying Scott Steiner to the ring, and stayed in the industry for close to a decade after that. While competing occasionally in WCW, Wilson was also the manager for competitors like David Flair, Billy Kidman, The Filthy Animals and Shane Douglas.

Wilson joined WWE when the company purchased WCW in spring 2001. Her athleticism and penchant for entertainment made her a great fit for WWE during one of the sports-entertainment industry’s biggest eras. Wilson’s partnership with her friend (and sometimes rival) Stacy Keibler made her a key figure in WCW’s invasion of WWE. Once that invasion was fought off, Wilson became a key member of WWE’s women’s division, engaging in memorable rivalries with the likes of Keibler, Sable and Melina. She even fought for her family’s honor against the nefarious Dawn Marie.

Wilson later joined forces with Candice Michelle and Victoria to sow chaos on Monday Night Raw, even bringing her pet dog Chloe into the fray while battling Superstars such as Trish Stratus and Mickie James. Injuries forced Wilson out of the ring in 2008, but she soon found a new passion: helping others get in shape through ventures like her business, Torrie Wilson Fit.