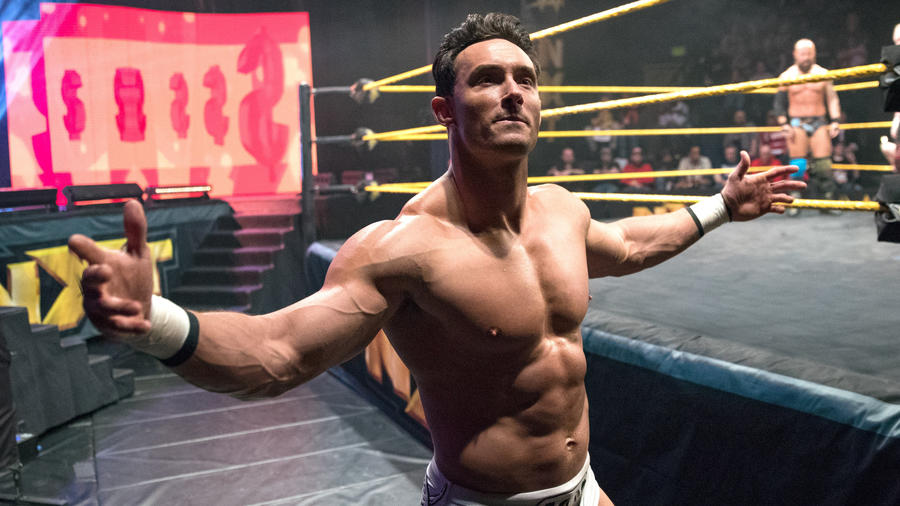 Tino Sabbatelli has never seen a mirror that he doesn’t like. Yet, given that his physique looks like it sprang from Michelangelo’s chisel and mallet, such narcissism might be forgiven.

Sabbatelli, however, is much more than just ripped abs and bulging biceps. Drafted by the Tampa Bay Buccaneers in the second round of the 2007 NFL draft, Sabbatelli spent five seasons playing pro football before joining the WWE Performance Center in 2014. He brought with him a cutthroat competitive nature and explosive athleticism (the man can launch a 25-pound medicine ball more than 50 feet).

Sabbatelli’s big-league attitude carried over as well. He likes to flaunt his status, bragging whenever possible about his top-of-the-line Maserati. Caring little about the reputations of his peers in NXT, Sabbatelli remains focused on conquering the squared circle and maintaining his VIP lifestyle, and he doesn’t care whom he must embarrass to achieve that goal.