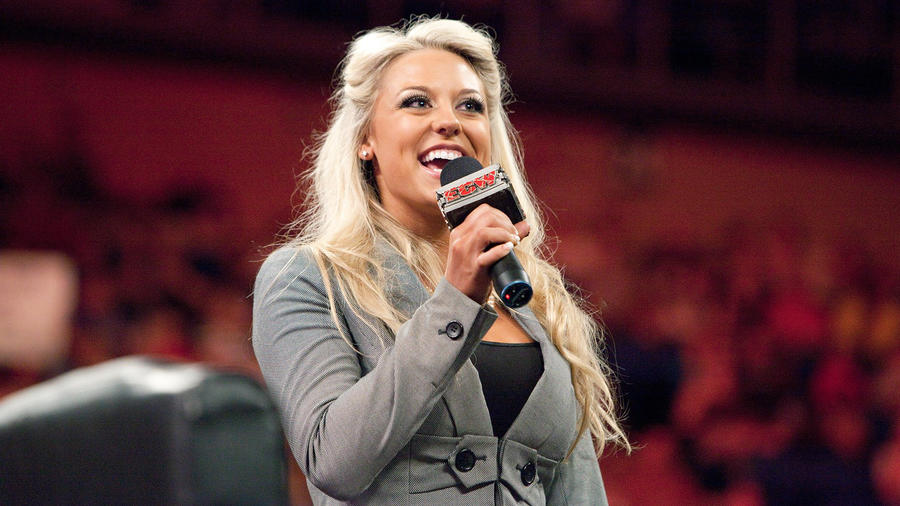 In 2008, the smart and sexy Tiffany became the personal assistant to WWE's ECW General Manager Theodore Long. When Long left ECW in 2009, Tiffany filled the role as Interim General Manager and eventually proved herself to become full-time General Manager.

Tiffany's marketing degree from the University of New Orleans definitely gave her the know-how to thrive in her role. And her Big Easy upbringing provided her with the capability to maintain relationships with a variety of colorful characters, a skill which proved effective as she worked side-by-side with the Extreme Superstars of ECW.

Before joining ECW, Tiffany was heavily involved in scholastic athletics. She was a competitive powerlifter and cheerleader. She started her high school's first female power lifting team, which placed third in the state finals during its inaugural year.

After ECW made way for WWE NXT, Tiffany became part of SmackDown, where she helped Kelly Kelly battle the vicious duo of Layla & Michelle McCool.

Tiffany parted ways with WWE in November 2010 and is now an actress and stunt woman who has appeared in over 20 movies and TV shows.