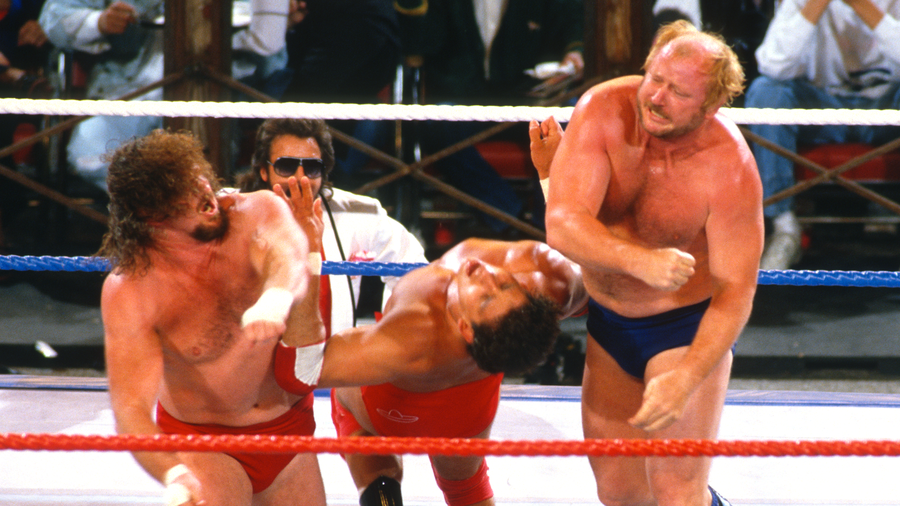 Families that have made a career in the squared circle often achieve, at best, a modicum of success. However, when legendary competitor Dory Funk Sr. raised his sons Dory Jr. and Terry in Amarillo, Texas, little did he or wrestling enthusiasts know at the time that both Funk brothers would go on to carve out stellar careers in the industry.

The WWE Universe might remember the Funks for their tenure in the mid-1980s, including a tag team appearance at WrestleMania 2. But the brothers were also wildly popular in tandem action when they competed in Japan and certainly enjoyed a great amount of individual success as well.

Dory Jr. began competing in 1963, and his road led him to win his first NWA World Championship in 1969, holding that honor for more than four years. In the days of wrestling territories, Dory Funk passed through many of them, garnering titles in Florida, the Carolinas, Georgia and the Central States region, in addition to right in his backyard of Amarillo.

Younger brother Terry debuted in 1965 captured the NWA World Championship 10 years later, thus making the Funks the only brothers to have held that prestigious honor. When he wasn't teaming with Dory Jr., Terry also competed in singles matches across the country, continuing to make a name for himself globally.

Interestingly, the Funk brothers' in-ring styles were polar opposites of each other. Whereas Dory Jr. relied on savvy, finesse and skill, Terry started that way but developed into more of a deliberate brawler who became controversial, to say the least, by tartegting Ric Flair in WCW. In the mid 1990s, "The Funker" would gain a new fanbase, thanks heavily to his tenure with ECW as well as a brief return stint in WWE as "Chainsaw Charlie." This new chapter in his career made him a hardcore icon.

So no matter what individual or collective roads were traveled through the years by Dory Funk Jr. and Terry Funk, both men have deservedly stamped their brand into the WWE Hall of Fame.