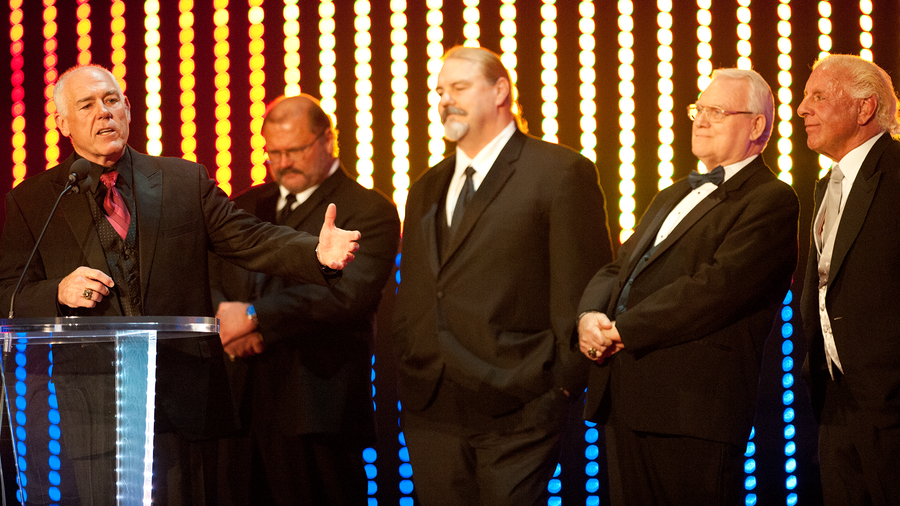 “Being a Horseman isn’t something you put on in the morning and take off at night,” Arn Anderson once said. “It’s a state of mind. It’s excelling to the best of your ability. It’s four individuals thinking singularly, acting collectively.”

That was the attitude behind the greatest stable in sports-entertainment history. Formed during an impromptu interview in January 1986, The Four Horsemen mixed style and subterfuge to craft the blueprint for team warfare that every future faction would follow. Showcasing professional wrestling’s elite over the next 15 years, the group counts Dean Malenko, Curt Hennig and Sid amongst its storied alumni, but their best incarnation comprised of five men — Ric Flair, Arn Anderson, Tully Blanchard, Barry Windham and JJ Dillon.

This crew came together in the spring of 1988 when the preternaturally talented Windham turned his back on longtime friend Lex Luger to ride with The Horsemen. The young Texan was a perfect fit. The type of competitor who inspired hyperbole in his peers, the 6-foot-7 Windham had more God-given talent than any man deserves — and the United States Championship. When he joined The Four Horsemen’s ranks, it gave the unit control of every major title in NWA as Flair carried the World Championship and Arn and Tully toted the tag titles.

With that, the group redefined sports-entertainment. They donned Armani suits when other wrestlers were rocking Zubaz and fanny packs. They hopped into private jets while everyone else in the locker room crammed into cheap rental cars. They were first-class all the way, but it never made them soft. Double A’s spinebuster was so whip-fast and devastating, you had to believe chiropractors sent him Christmas cards. Blanchard was the consummate technician with the mean streak of a prison warden, while Dillon would do whatever it took to get the win for his side. And who was tougher than The “Nature Boy?” The 16-time World Champion was internationally known for going the distance with hard hitters every night of the week and twice on Sunday. With Slick Ric leading the way, these studs had little trouble backing up their claims of being the best in the business.

They cemented this reputation at The Great American Bash in 1988 when Anderson, Blanchard, Windham and Flair all walked out of the Baltimore Arena with their titles still in hand, overcoming serious opponents like Dusty Rhodes and Sting in the process. Still, no matter what happened, they’d always show up the next day with designer sunglasses covering their black eyes and boast about their greatness.

Anderson and Blanchard’s defection to WWE at the end of ’88 brought an early end to these Horsemen, but it hardly affected their place in history. Later incarnations of the team would measure their success against this squad, while future factions like Evolution and Legacy cited them as their greatest inspiration. Simply stated, no other group was ever as talented, ever as ruthless or ever as deserving of induction into the WWE Hall of Fame.