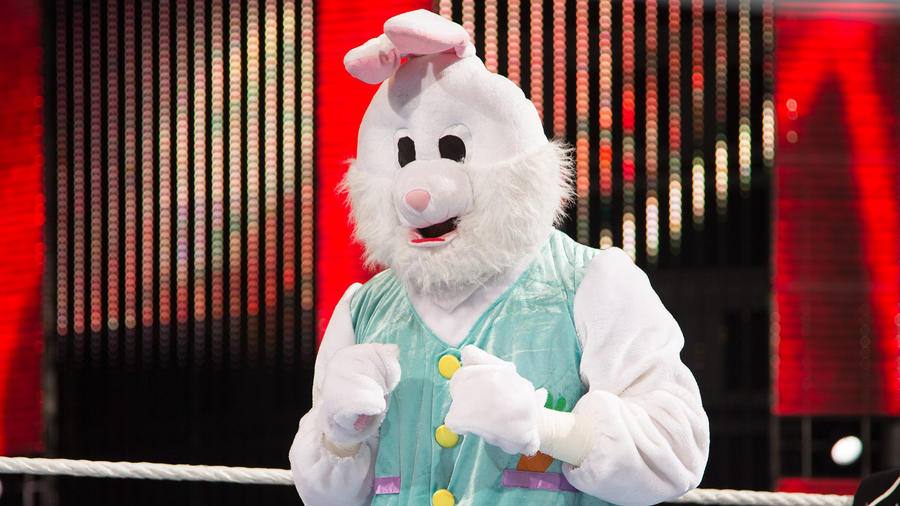 As Adam Rose liked to say, “It’s party time, all the time!” Perhaps no animal, vegetable or mineral exemplified this more than The Bunny! Whether attacking Titus O’Neil or annoying JBL, this hopping Rosebud was always ready to leap into the action.

While little was known about the bushy-tailed sensation, no one could deny the impact he had in Rose’s corner and on the WWE Universe as a whole. On the Sept. 22, 2014, edition of Raw, The Bunny brought the crowd to its feet when he made his official debut, joining the self-proclaimed “Conductor” of The Exotic Express in a tag team showdown against Slater-Gator.

At Survivor Series 2014, Rose & The Bunny defeated Slater-Gator, but to the chagrin of Rose, it was The Bunny who picked up the pinfall and danced away with the Rosebuds.