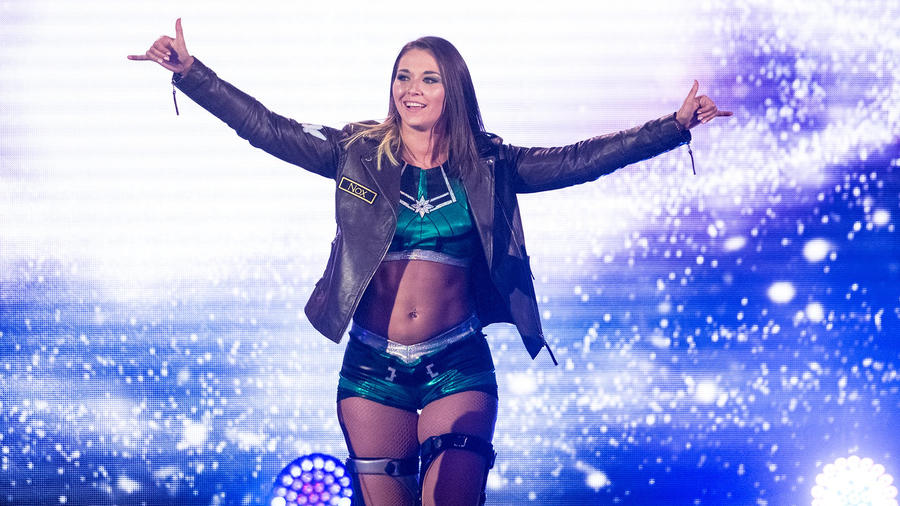 Tegan Nox is determined to make her star shine brighter than ever on SmackDown. Nox is a fighter, looking to prove she's The Girl with the Shiniest Wizard.

She's had to battle through multiple setbacks along the way. Originally slated to compete in the inaugural Mae Young Classic in 2017, Nox missed the tournament with a torn right ACL. After 10 months on the shelf, the Welsh Superstar returned for the 2018 tournament, making it to the quarterfinals, where a catastrophic dive resulted in a devastating injury to Nox’s left leg —torn menisci, MCL, LCL and ACL.

After scratching and clawing back to the ring, Nox quickly showed that she belonged in the Women's Title picture, battling the likes of former BFF Dakota Kai and Candice LeRae.

After reemerging on Friday Night SmackDown, it is clear that everyone on the blue brand has better be ready for the school of hard NOX.