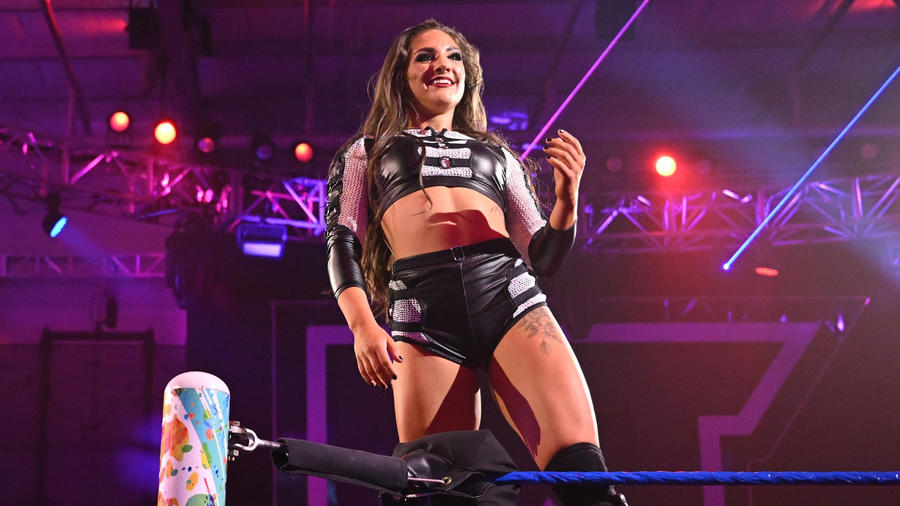 Since day one, Tatum Paxley has been on a mission to prove herself to the WWE Universe. After arriving on the scene as The Diamond Mine’s newest prospect, Paxley struggled to win over her then-partner in the Women’s Dusty Rhodes Classic, Ivy Nile.

The Diamond Mine hopeful failed to earn Nile’s respect after their opening round loss, but she has refused to give up and has challenged established powerhouses like Natalya, Alba Fyre and Lash Legend.

Paxley’s never-quit attitude finally won over Nile, who has taken the promising Superstar under her wing, resulting in her first victory on NXT 2.0 against Kayden Carter.

With a never-say-die attitude and The Pitbull of Diamond Mine in her corner, Paxley will be one to watch.