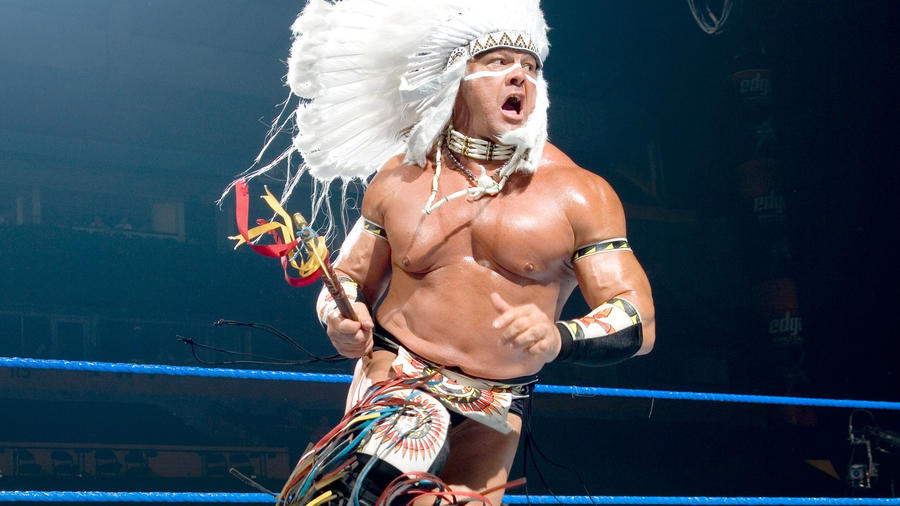 Loosely translated, Tatanka means “buffalo,” so it’s no surprise that this proud Native American Superstar was a powerful force in the ring.

A native of North Carolina's Lumbee Tribe, Tatanka was an outstanding athlete during his high school years in Virginia. After training at Larry Sharpe’s famous Monster Factory in New Jersey, the commanding Native American won his first professional match in January 1990.

Less than two years later, he joined WWE, beginning an undefeated streak that lasted nearly two years. His success inside the squared circle led him to a battle against Shawn Michaels for the Intercontinental Championship at WrestleMania IX, which he won by disqualification.

In September 1993, Tatanka finally suffered his first WWE defeat, losing to Ludvig Borga on an episode of Superstars. After the match, Borga and then-WWE Champion Yokozuna attacked Tatanka, putting the competitor out of action for three months.

However, the Lumbee tribesman returned in early 1994 to settle the score with the men who put him out of commission, joining forces with Lex Luger, who was also at odds with Yokozuna. After a brief rivalry with I.R.S., Tatanka began to make allegations that Luger had sold out and joined The Million Dollar Man’s Corporation. Luger and Tatanka squared off at SummerSlam 1994, where it was revealed that it was actually Tatanka who had joined The Corporation. He defeated Luger and went on to become one of the cornerstones of the devious group.

After two years tenure with The Corporation, Tatanka left WWE in late 1996. However, the Native American Superstar made a shocking return in August 2005 to face Kurt Angle. The positive response Tatanka received from the WWE Universe prompted him to return to active competition through 2007.

An accomplished ring veteran, Tatanka's memorable undefeated streak and his unwavering pride in his heritage helped cement his legacy as a popular — and successful — WWE Superstar.